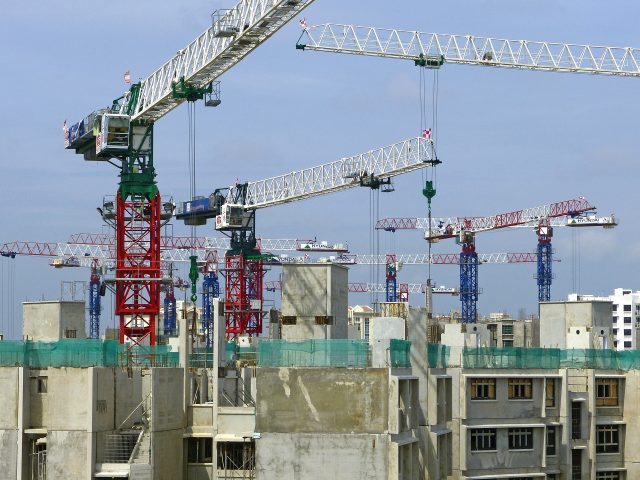 Property market stakeholders do not expect the deferment of the Kuala Lumpur-Singapore High Speed Rail (HSR) project to significantly affect Jurong property prices. Speaking to The New Paper (TNP), some of these analysts said that HST HSR only forms part of the blueprint for the rejuvenation of Jurong, and hence the impact on Jurong property prices will be negligible. Malaysia and Singapore have signed an agreement to postpone work on HSR for about two years, up to May 31, 2020.

After a series of seeming flip-flops on the topic, Malaysian Prime Minister Dr Mahathir Mohamad said in July that the Kuala Lumpur-Singapore High-Speed Rail (HSR) project may be postponed, not cancelled. “At the moment, we don’t have the funds. So if need be, we will put the project on hold,” he told reporters then, adding that his Government would send Malaysian Economic Affairs Minister Mohamed Azmin Ali to renegotiate the project with Singapore.

Dr Mahathir said: “Singapore wants to know the status of the project and our stance on the matter. But when we look at our financial situation, we cannot implement it. We need to study the implications and review the contract and cost of the project. We either have to postpone the project or reduce the cost, but it is difficult to bring down the cost.”

Following Dr Mahathir’s announcement in May that he would pull out of the “unnecessary” HSR agreement with Singapore, the Singapore Government said that it would seek compensation totaling $250 million from their Malaysian counterparts if the project was unilaterally cancelled by our neighbours across the causeway. project”.

Malaysia has agreed to reimburse Singapore $15 million by end-January 2019 for abortive costs incurred by the deferment of the HSR project. “Some of the (S$250 million) is actually represented in costs which are recoverable. For example, the costs associated with land acquisition. We still continue to have the land so it’s not reasonable to put that on Malaysia.” Deputy Prime Minister Teo Chee Hean said when questioned if the $15 million abortive cost Malaysia has agreed to pay Singapore for the postponement of the HSR project was fair.

Singapore’s Coordinating Minister for Infrastructure and Minister for Transport Khaw Boon Wan said in a Facebook post: “Many will be disappointed by the delay, but at least there is now greater clarity on the way forward for this mega project.”

The Minister for National Development assured Singaporeans in July that the Jurong Lake District’s momentum and vision has not changed despite the uncertainty over the HSR. The Minister, Lawrence Wong, added: “Some details may need to be adjusted along the way, as circumstances change. But the bottom line is that we have an exciting transformation plan for the whole area, and we will proceed with the implementation of these plans when ready.”

“The bottom line is that we have an exciting transformation plan for the whole (Jurong Lake District) area, and we will proceed with the implementation of these plans when ready.” – Lawrence Wong

Mr Wong believes that the Jurong Lake District’s momentum won’t be affected because plans for the area “were developed well before Malaysia proposed the HSR project”. “It was only in 2015, after further study of the HSR proposal, that we decided to locate the Singapore terminus of the HSR in Jurong,” he added. Jurong property prices are likely to remain steady as the area being developed as Singapore’s second Central Business District.

Mr Ismail Gafoor, CEO of Propnex, in speaking to TNP said that he expects Jurong property prices to be “sustained as the west continues to be rejuvenated, with construction like the mega port”.

Chief mortgage consultant at iCompareLoan, Mr Paul Ho, pointed out that projects along Yuan Ching Road are yet to be developed, but once this area develops with waterfront hotels, it would revitalize the area – propping up Jurong property prices.

If you are betting on the rise of Jurong property prices, but are ensure of funds availability for purchase, our mortgage consultants at iCompareLoan can set you up on a path that can get you a home loan in a quick and seamless manner.