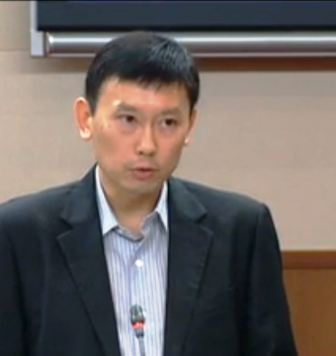 I was struck by two different approaches to debate that I witnessed in Parliament earlier this week, when both WP and a group of NMPs raised objections to the Administration of Justice (Protection) Bill.

The WP MPs and NCMPs were full of sound and fury. Even after the Law Minister clarified the government’s position and provided clear answers to their questions, the WP insisted on sticking to their own mistaken interpretation of the Bill. In the end, they chose to vote against the Bill. The WP could have proposed any number of amendments if they wanted to improve the Bill. But they didn’t suggest a single amendment. So it makes me wonder, what is the WP really trying to achieve?

Compare this with the NMPs – A/P Mahdev Mohan, Ms Kuik Shiao-Yin and Mr Kok Heng Leun. They came prepared with a petition from their stakeholders and specific amendments to the Bill. During the debate, they raised their concerns while keeping an open mind. They also clarified certain key points with the Law Minister and obtained his assurance on their concerns.

The NMPs’ eventual support for the Bill was far from being a U-turn, as some have chosen to portray it. The purpose of debating a Bill is not just to stubbornly oppose or register blind disapproval, but also to clarify how the Bill, if passed, will operate as law. Having obtained reassurances from the Law Minister as to how the law would be implemented, the NMPs withdrew their amendments and voted in support of the Bill.

As NMPs, A/P Mohan, Ms Kuik and Mr Kok contributed fresh perspectives to the debate, and helped to clarify the new law. This is what we hope to see more of in Parliament. That would give substance to the vision of a first world Parliament.

—
Republished from Chee Hong Tat’s Facebook. Mr Chee is the Minister of State for Health and the MP for Bishan-Toa Payoh.