Letter to the Editor – The Independent 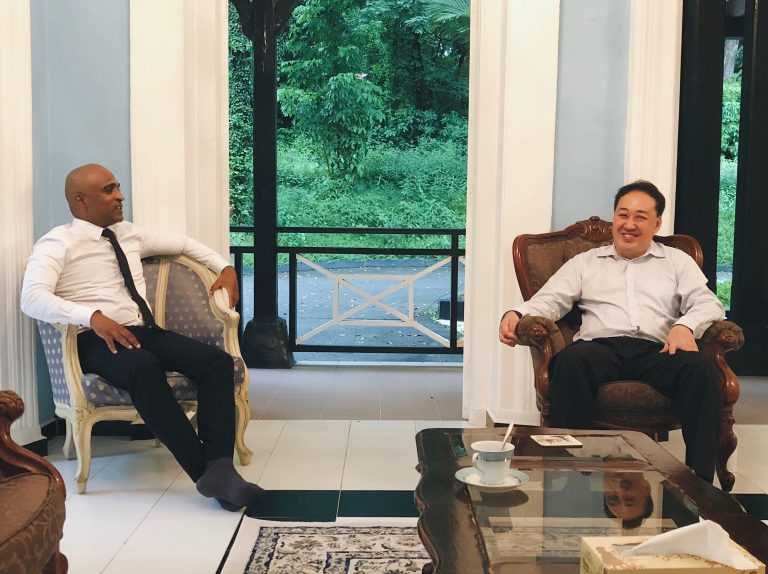 I am writing to you in regards to my friend M. Ravi. He has been through an extremely challenging time, one that would completely destroy most people. Thankfully it has not destroyed him, primarily due to the support from local and international friends and colleagues. Any person in the public eye attracts criticism, and as Oscar Wilde so accurately commented any criticism reveals more of the critic than the person criticized. This sadly is the case in regards to some of the criticism M. Ravi has recently attracted and should be of concern to you and your readers.

There will be many who not find a way to forgive his recent transgression. There will be many who will enjoy the perverse satisfaction of seeing him humbled and humiliated.  This is evident in the respective comments posted due to the recent article on M. Ravi. He is mocked and basically accused of being misogynistic.

The mocking reveals the critic more than anything about M. Ravi. However, that certain parties will not forgive him and maintain an indignant anger is unfortunately something that he must accept. Nonetheless, as Plato and Aristotle both point out – anger is the ‘most pleasurable’ of the emotions. The abusive comments are full of anger, which I hope gives the respective writers some satisfaction and pleasure; although I doubt it will completely satisfy their addiction to the dubious joys of anger.

‘To err is human; to forgive is divine”; but that state of divinity and grace is not possible for some. Nor is there the acknowledgment of ‘Who are you to cast the first stone?’ We are all sinners in one way or another; we have all done things of which we are not necessarily proud.  We are human and subsequently make mistakes. It is through these mistakes that we really learn about friends, colleagues, humanity, and ourselves, particularly in regards the nobility and grace of forgiveness, acceptance and tolerance – the opponents of anger and resentment. Sadly, some can achieve this state of grace and some can’t and won’t.

Edward Albee’s last great award winning play was The Goat. I don’t think it has ever been produced in Singapore, and due to its content I strongly doubt it ever will. What this play is about is how we as humans will occasionally do things that are morally and socially unacceptable. However, these are mere transgressions should not be taken as representative of the whole person. M. Ravi’s transgression is similar and should not be taken as representative of this truly exceptional human being. That he is now labeled as a misogynist is hideous to the extreme. He is not.

The problem is that once this negative opinion is expressed it is all too easily believed, fuelled by resentful and envious gossip that perversely delights in destroying others. It is the ugly side of human nature that we are prepared to believe the worst of someone, despite knowing it to be untrue. Nonetheless, it should not be encouraged. As evident in the respective comments, M. Ravi is now unfairly judged as being insincere, despite no evidence.

Whilst people can openly express their valued opinions, revealing their own prejudices, nonetheless, to stand in judgment and express predictions about things that have not occurred is unfair and cruel. It displays an ugly intolerance and lack of kindness and grace. As Tennessee Williams wrote, ‘Deliberate cruelty is unforgivable’. To continue to punish M. Ravi for one act of transgression, for which he has openly and publically apologized, is being deliberately cruel – the ugliness of human nature is revealed and on open and public display. It is intimidating, and unfortunately has been highly successful. Is this what Singaporeans desire? To be seen as intolerant, unforgiving, intimidating, suspicious and cruel? I don’t think so, nor is it true. Nonetheless, these comments are on public display, nationally and internationally, and invite their own judgment – as I am sure my own comments will be severely judged. We can all be, and are, excessively judgmental. As Shakespeare wrote, reflecting early 17th Century English attitudes, ‘Like answers like, and measure answers measure’. However, Shakespeare ultimately condemned such Old Testament judgments – ‘eye for an eye’ etc – they are not part of the teachings of Jesus Christ. Who advocated ‘judge not unless you wish to be judged by others’, and ‘who are you to cast the first stone?’, and ‘to err is human; to forgive divine’.

I am writing this letter fully aware of the censorious and harsh criticism that may subsequently follow. However, I am inspired by the bravery that M. Ravi has revealed, especially in regards to law reform and the death penalty. In my opinion, as well as many others, M. Ravi is an international treasure. However, this elevated position does attract envy and destructive suspicion. As well as many supporters he has many enemies who delight in negating what he has so bravely and admirably achieved, In Australia we call such things as suffering from the ‘tall poppy’ syndrome; our egalitarian and supposed meritocracy cannot really deal with the elevation of noble achievement by an individual. I fear that M. Ravi is suffering from Singapore’s own version of the ‘tall poppy’ syndrome. This too is something that he and his supporters must unfortunately accept. However unfair it may seem it is the price one must pay for challenging the system, even if that challenge is beneficial to the overall health and reputation of the community, such as challenging the barbarity of the death penalty.

Nonetheless, every individual has the freedom of choice to either contribute to this ‘tall poppy’ syndrome – or not. It is not normal to seek the destruction of others; it has elements of the psychopath, an all too real and far too common aspect of humanity that is sometimes encouraged than resisted primarily through destructive gossip and manipulation. This is playing on the appeal of the negative, and people believe lies because it is easier to do so, and because they want too for whatever reason – self-delusion and self-preservation being the main cause; a bonfire of vanities that one consciously decides to fuel – or not.

As previously stated, what happens to M. Ravi draws international attention. Singapore is a great place, and despite its seeming insular besieged island mentality, it is a vital part of the modern world. Like many countries, including Australia, there are constant challenges in regards to indignant intolerance, anger and resentment. I loved my time living in Singapore, but due to my own vanity was seduced into believing I could say what I like. I was wrong and paid heavily for such a conceit. At such time I became heavily dependent upon the kindness of relative strangers in Singapore. Whilst suffering from being a ‘tall poppy’ that was cut down I was also very fortunate to have received extraordinary kindness from friends and colleagues in Singapore. I needed it. M. Ravi was one of these people. I know first hand how kind and generous he can be – he gave me hope when I had none; he gave me strength when I had none. Subsequently, my loyalty to him is unconditional. He is representative, from my experience, of the very best side of Singaporeans.

. That he has publically expressed this desire should at the very least be acknowledged. That it may be declined doesn’t take away his admirable attempts for some form of reconciliation. This matter will never be fully resolved for both parties if punitive attitudes and measures are rigorously followed, and will only encourage further resentment, and the dubious pleasure of intolerant anger – ‘to err is human; to forgive divine’. Ms Chong-Ardulous will only benefit from being kind and forgiving, elevating her self-esteem and public profile. Furthermore, I implore all women who have benefited and known M. Ravi’s kindness and generosity to publically express their support for him in the face of these hideous and repugnant suggestions that he is misogynistic. I too have suffered from such repugnant and false reports and comments, despite no evidence, and no mediation, and needed the help of my female friends and colleagues to counter such claims. Unfortunately it is the only way such destructive gossip can be countered. That M. Ravi is misogynistic are false claims, spurred on by anger and resentment and unfortunately fuelled by those who wish to destroy a person who has given so much to his community.  He needs our help, not our judgment, especially if he is to continue his good work for the benefit of all mankind. I am hope I can inspire others to bravely speak out and conclude with the reminder by that great democratic pioneer, Edmund Burke, ‘It is a greater evil when good people say nothing’.