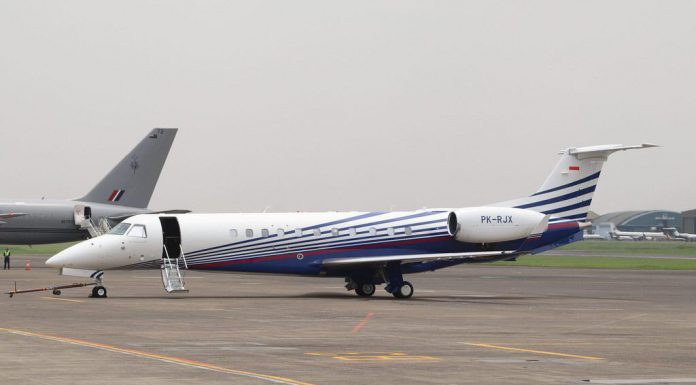 A report that ex-PM Najib Razak and his wife was on a private jet’s passenger list out of the Subang Airport this morning to Bali went viral in Malaysia overnight.

But after a confusion on Najib’s immigration status, the ex-Premier twitted this morning that he was effectively barred from leaving the country.

In a new twist, the Immigration Department has now declared that they have “just now” blacklisted ousted prime minister Najib Abdul Razak and his wife Rosmah Mansor.

Najib has also twitted (see below) that he was not allowed to leave the country.

In a media statement earlier today, the Malaysian Immigration department said Najib was not barred from leaving Malaysia.

The viral post and the Immigration statement that Najib was free to leave caused at least 60 people to be at the Subang airport.

They tried to block all vehicles entering the tarmac where a private jet was taxied.

Below the Malaysian immigration posting that it has barred Najib and his wife from leaving the country:

Najib reportedly said last night he was heading for Bali for a two-day break after losing the Malaysian General Elections.

There were no comments from the newly elected Pakatan Harapan leadership.

Najib, speaking up on his controversial flight schedule leaked online, saying he needs to take a break to catch up with family after the intense 14th general election.

“After over four decades in politics and the recent election campaign, which was regrettably personal and perhaps the most intense in Malaysian history, I will take a short break to spend time with my family whom I have not seen enough of in recent years,” he posted on his Facebook this morning.

This follows his purported flight itinerary being leaked online, indicating he and his wife Rosmah Mansor were scheduled to depart for Jakarta at 10 am today.

The couple is to travel on a private jet operated by Premiair.

Premiair is a company owned by Peter Sondakh, who is also the boss of PT Rajawali Corp,said Malaysiakini last night.

The Indonesian tycoon was involved in the controversial sale of a 37 percent stake in Eagle High Plantations to Felda for US$505.4 million last year.

Najib had been accused of receiving multi-billion ringgit in deposits in his personal bank account, which originated from state fund 1MDB, according to international investigations.