The Independent Singapore News
Home News SG Economy It's a myth that Murali Pillai defeated him in Paya Lebar -... 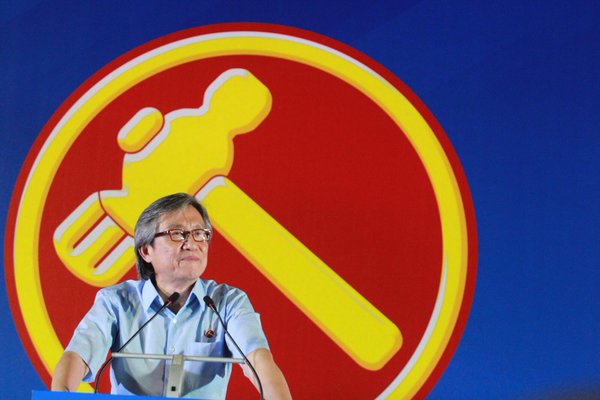 At the press conference to announce the candidacy of the People’s Action Party (PAP) candidate for the upcoming by-election in Bukit Batok, Murali Pillai, the People’s Action Party (PAP) candidate was asked a pointed question if his race would work against him in the election. It was a loaded question which also meant that his competitor, Singapore Democratic Party (SDP)’s Dr Chee Soon Juan, being Chinese had an unfair advantage over Mr Pillai.
The line of questioning is not unusual. The late Mr Lee Kuan Yew himself had fostered the idea that if you were a women or not Chinese, you cannot win a straight fight in a single member constituency.
“You watch the nine single seats. We fielded nine male Chinese, the Opposition also fielded nine male Chinese. What does that tell you? Without group representation, no minority candidate would be elected nor any woman candidate.” Lee Kuan Yew, 28 April 2006, commenting on how the Group Representation Constituency (GRC) system ensured minority representation.
in his reply Mr Pillai said that his race and his inability to speak the Chinese language was not a hindrance to him in Paya Lebar, which like Bukit Batok had a lower proportion of Chinese. Paya Lebar is a division in the Aljunied GRC which Mr Pillai contested in, in the 2015 General Election.
Picking up on Mr Pillai’s reply, a Facebook group of rabid PAP fans, Fabrications About PAP, said “he (Murali) touched the Paya Lebar’s residents. By GE2015, Murali, a member of PAP’s suicide squad, defeated WP’s A-Team’s star catch, Chen Show Mao, in the Paya Lebar division.”
Aljunied GRC’s Member of Parliament (MP) Chen Show Mao is the MP in-charge of Paya Lebar division. He has taken to Facebook to debunk the myth perpetuated by both Mr Pillai and the rabid Facebook fans page that Mr Pillai defeated Mr Chen in the showdown in Paya Lebar division during the last General Election.
Mr Chen explained, “some people have taken to telling me about how constituents of the division Paya Lebar of Aljunied GRC voted for the candidates Muralidharan Pillai and Chen Show Mao in the last GE.
“Apparently they have even seen purported vote counts! I tell them I’m not so sure. It’s not just because all voters of Aljunied GRC were presented with a simple choice between a slate of five WP candidates vs. five PAP candidates,” he said.
Mr Chen further added that “it’s not just because of the oath of secrecy sworn by those who witnessed the vote count (and which ballots were recently incinerated). It’s also because voters from more than one division of Aljunied GRC voted in the polling centres in the division Paya Lebar, and had their votes counted together out of the ballot boxes.”
In the same Facebook post, the Aljunied MP wished both Dr Chee and Mr Pillai ‘good luck’ in their contest for Bukit Batok single member constituency.Follow us on Social Media