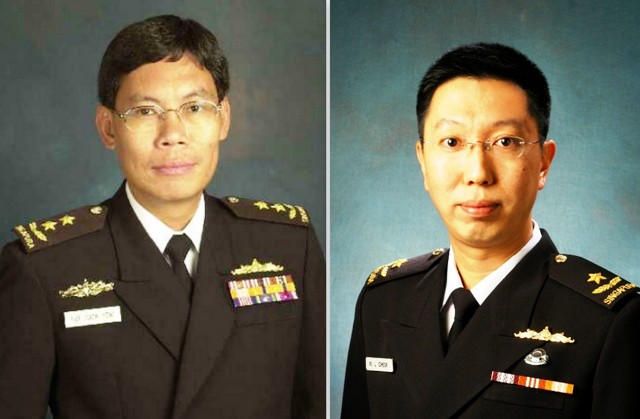 We now have Rear Admiral Chew Men Leong resigning from the position of CEO of LTA. We had Rear Admiral Lui Tuck Yew quitting his Transport Minister job. We had Lieutenant General Ng Yat Chung presiding over the corporate horror that is NOL which is spinned into having accomplished a good job in a bad situation if you prefer a happy ending. I would add Lieutenant General Desmond Kuek at the SMRT but his job has been made easier by the New Rail Financing Framework.

I will leave out Major General Chan Chun Sing, not sure his early star has fallen in the past year. Now that’s 4 (maybe 5) scholars from the SAF, prime specimens of the PAP’s meritocratic ideology.

Is there something amiss with the unformed scholars? I think the issue has more to with flawed assumptions by the government that they can be deployed seamlessly even into positions for which they may be ill suited or ill prepared. This is in all likelihood a blind belief in ideological meritocracy rather in practical terms. If you believe in something enough, you think it will work no matter what.

One of the things that works against the idea that uniformed scholars can be seamlessly deployed is the escalation through the ranks, This brings to question to what extent merit has got to do with their rapid promotions and to what extent has merit more to do with that already achieved in schools and examinations.

Smart people are dime a dozen in the private sector especially in high technology and finance which attract many of the best graduates. No one can pretend that these smart graduates are to be escalated up the totem pole just because of their academic qualifications.

Next comes motivation which is not simply motivation to do an excellent job because it pays well but the resourcefulness to face and handle adversity. At top positions outside the SAF, executives are subject to a level of scrutiny and hence adversity not seen in the SAF, be it irate shareholders or the equally irate public.

The question of whether the unformed scholars can handle scrutiny that they never had to face before, should be asked in conjunction with another question – of whether when scrutiny became adversarial, they have the resourcefulness to handle such situations – when they know that there is always another cushy job waiting for them.

On this the record isn’t good at all. When it got too hot, Mr Lui and Mr Chew may have found it rather too easy to bail themselves out.

I am not saying admirals and generals cannot thrive in the private sector or in public-facing agencies but I am doubtful if they are an immediate ready fit in such organisations because of the bubble they are placed in when they were in the Forces.

I believe that they should not be given the top jobs straightaway – let them take charge of a division or a executive board position, prove themselves and compete for the CEO or Chairman position.

Afterall they are humans just like the rest of us and if “spurs are not stuck in the hide and that is their problem” applies to us, then it applies to them too. And that includes those holding ministerial jobs.

So let us stop this mollycoddling of our scholars. Be it escalation through the uniformed ranks or shielding them from public scrutiny and political competition by handcuffing the opposition parties.

It gives meritocracy a bad name.Follow us on Social Media