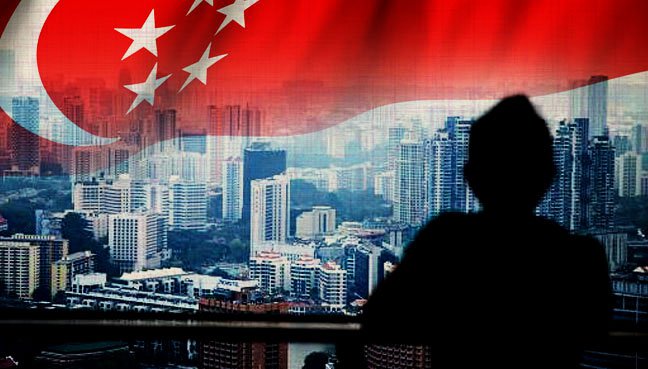 No doubt Singapore’s economy is in a state of distress now, but the country still boasts of an excellent system and policies based on meritocracy

A Taiwanese TV station claimed that Malaysia would soon replace Singapore for its geographical advantage, given the fact the world’s strongest countries are now vying to get Malaysia on their side.

I was in Johor Baru recently, and had the opportunity to witness the prowess of China’s mega property developers in action in the southern gateway.

Imposing high-rises are springing above the horizon near the Causeway, and when these multi-million ringgit condominiums are completed, their owners will be able to enjoy a splendid view of Singapore on the opposite side, although it will take them long hours to go there, braving through the nightmarish causeway traffic.

These China-based companies have banked on JB’s vicinity to the Lion City as well as the breathtaking view of the Johor Straits in attracting purchasers, including wealthy Chinese nationals.

The scale of Forest City is even more jaw-dropping. I saw some Chinese nationals busy with their applications for resident and education status. Even the foreign guard greeted me in Mandarin, “ni hao”!

When interviewed by the media in October, the person in charge of the Chinese property firm said he had confidence the company’s smart city would be completed ahead of a similar project in Singapore, and much larger in size, too.

Living for long in the shadow of glitzy Singapore, many Malaysians would love to see the country overtake the tiny city-state, albeit with a little help from China. The current situation has allowed some of our politicians to visualise a unique opportunity to dwarf Singapore.

In the first place, Singapore is in a recession now. The republic’s third quarter GDP shrank by 4.1%, while the island’s manufacturing, services and global trade have declined.

To make things worse, Singapore has offended China at the wrong time, standing on the wrong side over the South China Sea controversy. Singapore will be put in a very difficult position if President-elect Donald Trump is determined to abandon the United States’ “return-to-Asia” policy.

Meanwhile, China is about to embark on the enormous Melaka Gateway project under the auspices of the “One Belt, One Road” initiative, which is poised to overtake Singapore as the largest seaport in the region.

As if that is not enough, China is also helping the country to build a third port in Port Klang. Once the East Coast Rail Line (ECRL) project linking Port Klang to Kuantan is operational, cargo ships can literally bypass Singapore, dealing an even bigger blow to the city state’s entrepot status.

Some media reports have also asserted that Singapore’s prosperity will be decimated if the Kra Canal project in Thailand becomes a reality.

With Chinese investments, including in the world’s second largest underground city in Kuala Lumpur, many have been left bursting with optimism.

For instance, Barisan Nasional’s strategic communications team has said in a statement that the Malaysian economy was on a stronger foothold than Singapore’s.

Politically speaking, if we are able to overtake Singapore, it is going to significantly boost the nationalistic spirit and create that “feel-good” atmosphere ahead of the general election.

But, China’s astronomical sums of investments have been made squarely on the consideration of its own interests. Most importantly, we don’t gain anything positive to enhance our national competitiveness from such investments, including technology transfers, personnel training and creativity.

What I observed in Johor Bahru was that the Chinese companies even brought in their own partners from China.

No doubt Singapore’s economy is in a state of distress now, but the country still boasts an excellent system and policies based on meritocracy which will put it back on its feet again in the future.

By comparison, we are still not ready to part with our race-based politics and policies, and our politicians are working very hard to fish electoral votes by exploiting race and religious issues.

Both Daim and Nazir are well aware that to become a country of excellence, we need to have soft power.

Take the 1MDB case for instance, Singapore has been handling the matter much more professionally than us, and it is government integrity that earns Singapore its due respect.

Even though Singapore’s economy is in a bad shape now, its currency is still much stronger than ours, and we all know why.

Whether we will eventually overtake Singapore is yet to be proven by time.

Commentary was first published in Free Malaysia Today with the title ‘Are we overtaking Singapore anytime soon?’ and is republished with permission. Follow us on Social Media