The Independent Singapore News
Home News Is it ok to call Chinese 'Cina babi' just because it referred...

Is it ok to call Chinese 'Cina babi' just because it referred to a particularly Chinese occupation? 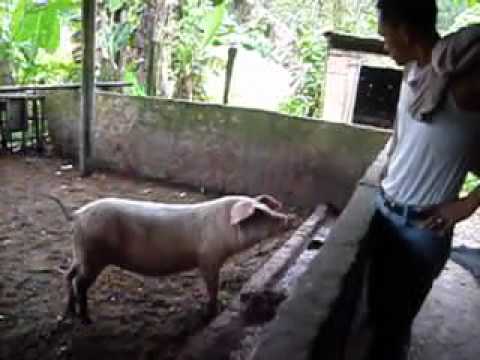 Republished from playwright Alfian Sa’at’s Facebook page.
—
There’s a video that’s surfaced that claims that the words ‘keling’ and ‘apu neh’ are not derogatory. As evidence, the (elderly Indian) speaker in the video says that during his time, they were merely descriptive terms and not meant as terms of insult.

To that, I say, for those who insist using these terms, please time travel back to those more ‘innocent times’.
I might have an elderly Malay person tell me that during his time, in his kampung, it was all right for the Chinese to be called ‘Cina babi’. This was because many Chinese were pig farmers, so the term was simply a reference to a particularly Chinese occupation.
But of course words undergo shifts in meaning. What was once associated with an occupation could later be taken to mean that one is comparing the Chinese to pigs. And etymology—the origins of the word, and how it was first used—is not a defence.
And why do these words shift in meaning? Not because people are becoming hyper-sensitive. Not, as is claimed somewhere, that ‘political correctness’ is being ‘imported from the West’.
But because somewhere along the way, people were using these terms with an intention to hurt. How a word was said with a knowing sneer or spat out with contempt.
How it became associated with bogeymen, like ‘if you don’t behave, the keling-kia (Hokkien) or the keling-jan (Cantonese) will catch you’. How some Malays would not say ‘keling’ on its own but pair it with ‘pariah’. How children were chanting ‘apu neh neh’ while shaking their heads in the most obscene caricatures of what they thought was the body language of Indian people. A word became a distillation of all the negative stereotypes and fears of dark-skinned people that some ignorant people carried with them. And malice sharpened it into a weapon.
There’s a simple rule actually. If someone who is not from your community thinks that a word is a slur, then stop using it, no matter if some other person from that community claims otherwise. Ask yourself why it is necessary for you to use such a tarnished and contentious word when other words with much less baggage are available.
A slur is a knife—if you’re the one holding the handle, you don’t get to decide how sharp it is—this is the sole and sovereign right of the person at its tip.Follow us on Social Media