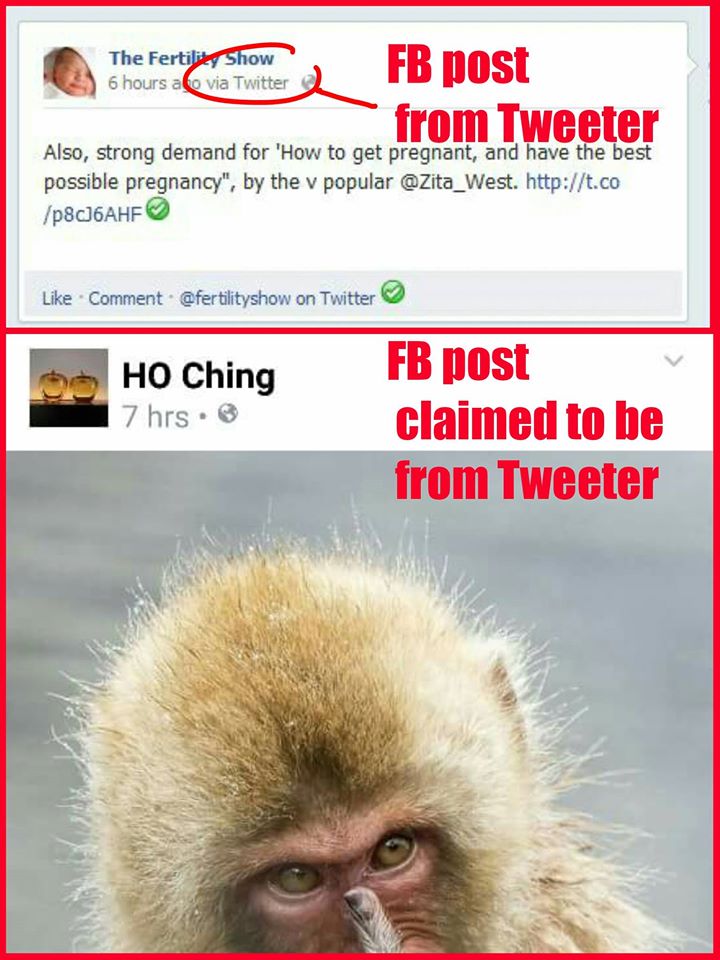 The head of Temasek Holdings and the wife of Prime Minister Lee Hsien Loong, Madam Ho Ching, apologised earlier today for posting the picture of a monkey with an extended middle finger.
Ho posted the picture soon after her sister-in-law, Dr Lee Wei Ling, released her email exchange with The Straits Times in which she made several accusations against the PM (her elder brother).
Ho’s post of the picture raised the speculation of an escalating family feud further. Several Facebook users who commented on Ho’s post of the monkey asked if the message was directed at her sister-in-law, Dr Lee.
In her apology, Ho said that she was a “twitter newbie” and that she had “been playing around with Twitter yesterday, trying out different buttons, seeing what can or cannot be done”; that she soon discovered that “Twitter reposts pictures without captions,” and that unfortunately one of the pictures reposted was the one of the monkey.
Ho said that she took down the picture as soon as a friend alerted her to it, as she understood that it could cause misunderstanding.
Much of the Internet however, has refused to buy Ho’s excuse that her post yesterday was a twitter malfunction.