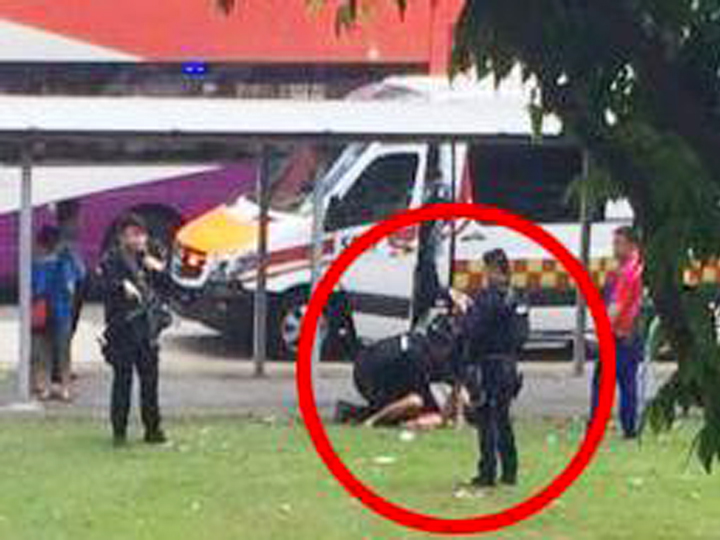 A woman was seen injured, bleeding and sitting in a daze under a block of flats at Jurong West Central 1. When two passersby approached her to ask if she needed help, the woman shockingly whipped out a knife and proceeded to chase the concerned pedestrians while swinging the weapon.

While chasing the kind strangers, the woman left a 200-metre trail of blood from the wounds she had suffered. It is unclear whether her wounds were self-inflicted.

The passersby – believed to be a woman and a male postman – managed to escape without injury when the police arrived and subdued the woman who was subsequently arrested.