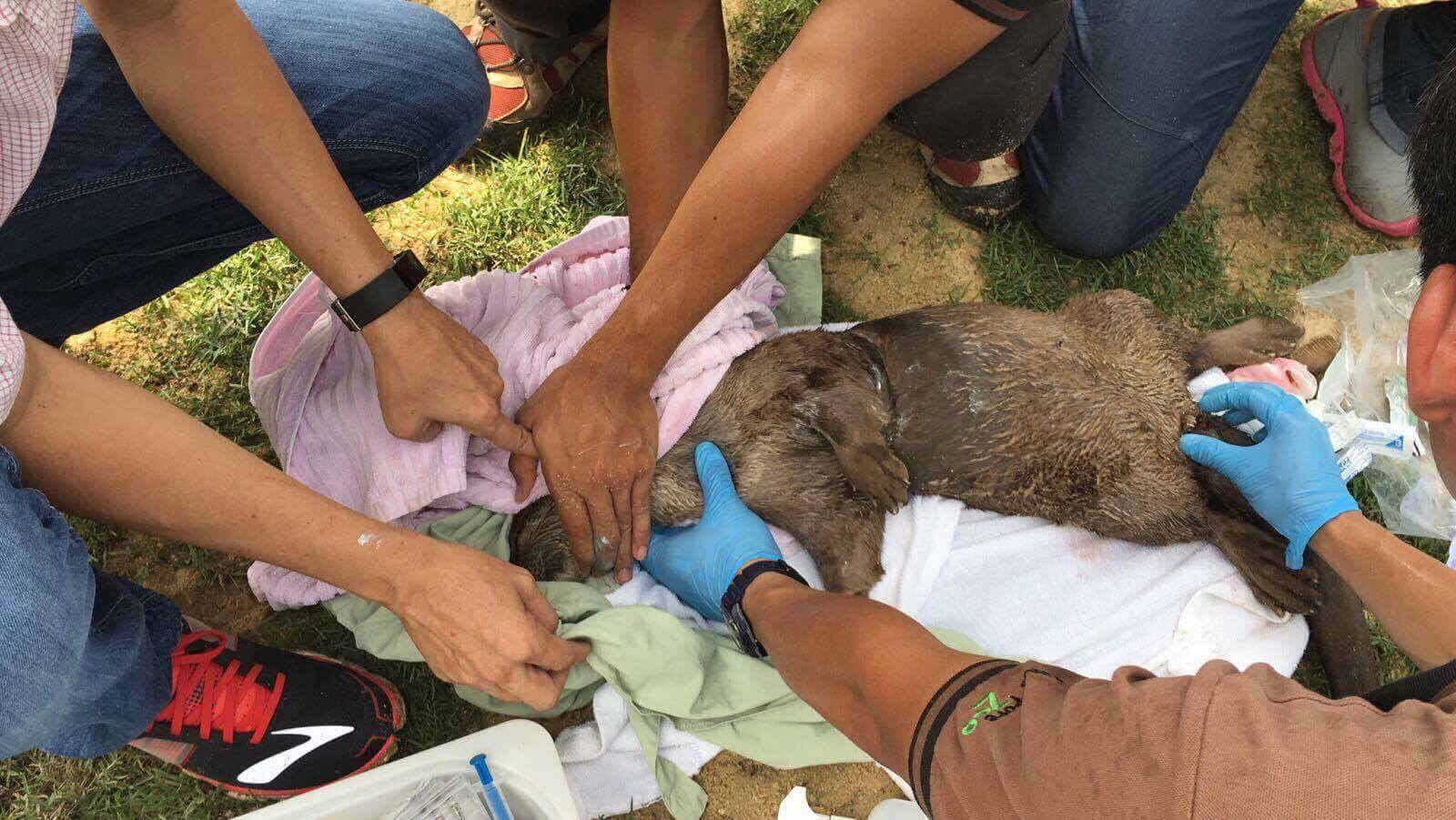 A young otter which went viral in late October after it was photographed with a deep gash around its midsection was successfully treated and released back to its family yesterday.

The otter and six members of its 11-member family were corralled in a structure built by NParks, after bring caught at the river mouth near Sungei Tampines. Two of the otters eventually escaped the enclosure while four others totally evaded capture.

Volunteers tranquilised and treated the pup in a five-hour operation, freeing the pup from a wire that had been coiled around its midsection. The wire turned out to be made from rubber.

National University of Singapore (NUS) biology lecturer and head of Otterwatch, Mr N. Sivasothi, told reporters that the otters were not restrained during the operation: “This was important to reduce stress to the family. A smooth-coated otter family stays together so a single individual can’t be easily isolated.”

“This was an operation three weeks in the making, starting with detailed observations and evaluation of procedures.

“The final procedure involved corralling most but not all of the family that were investigating the operations area. Once the vets succeeded in sedating the otter, the rest were released.”

Interestingly, the successful operation was the first of its kind in Singapore, where a wild otter was successfully isolated, treated and released.

Otterwatch later shared a video of the formerly injured pup – dubbed Aquarius – now happily frolicking with its family on a beach:

Wonderful news to start your day!OtterWatchers started before daybreak this morning to look for Aquarius and her family. She was finally spotted and found with her family at 8 am.Look how free, healthy, and happy she is now!With this confirmation , we declare Operation "Free Aquarius" stand-down and Mission accomplished.Otter fans, we thank you all for your trust and patience. Do look out for Ops Free Aquarius video and full story on OtterWatch. Coming your way soon!Aquarius, we wish you a joyful and healthy life ahead. See you around.Have a good weekend everyone!

Posted by OtterWatch on Thursday, 16 November 2017