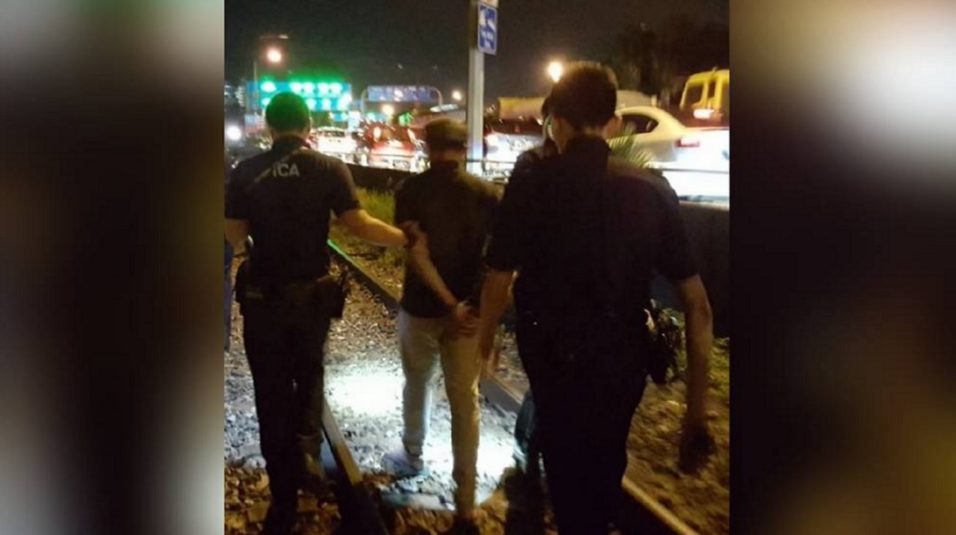 The Police Coast Guard and Immigration & Checkpoints Authority (ICA) officers arrested a man trying to enter Singapore illegally on Saturday, 26 August, after he was found hiding under the Causeway pipelines.

The 47-year-old Indonesian was first spotted walking between the water pipelines along the Causeway towards Singapore by the Police Coast Guard, who alerted the ICA officers at Woodlands Checkpoint around 7.30pm.

The man was arrested after he was found with a “cylindrical flotation device,” according to a statement released by the ICA today.

“Our borders are our first line of defence in safeguarding Singapore’s security. The security checks are critical to our nation’s security.

“We will continue to conduct security checks on passengers and vehicles at the checkpoints and our maritime border to prevent attempts to smuggle in undesirable persons, drugs, weapons, explosives and other contrabands.”

Those convicted for overstaying or illegal entry can be jailed for a maximum of six months and penalised with at least three strokes of the cane.

Penalties for abetting a person to leave Singapore illegally include a $6000 fine and/or a 6 month to 2 year jail term.Follow us on Social Media