The Independent Singapore News
Home News Featured News Indian family on holiday in Singapore steal over S$4,000 worth of chocolates,...

Indian family on holiday in Singapore steal over S$4,000 worth of chocolates, clothes and cosmetics

The family, consisting of a man, his mother and his aunt, came to Singapore on 1 Apr to celebrate the man's birthday and ended up stealing items worth S$4,201.60 from Marks & Spencer and cosmetics from H&M, over the five days they were here 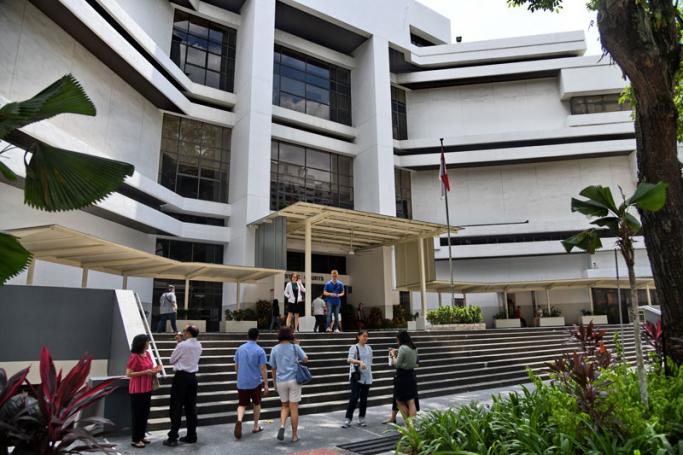 A family of three from India holidaying in Singapore went on a shoplifting spree and stole over SGD S$4,000 worth of chocolates, clothes, cosmetics and other items from shopping centres at Vivocity, the Marina Bay Sands and ION Orchard before they were caught.

The family, consisting of a man, his mother and his aunt, came to Singapore on 1 Apr to celebrate the man’s birthday and ended up stealing items worth a hefty S$4,201.60 from Marks & Spencer and stealing cosmetics from H&M, over the five days they were here.

The trio began their shoplifting spree on 4 Apr when they entered H&M at ION Orchard and began stealing cosmetics. When no one was looking, the shoplifters stuffed cosmetics into a handbag.

Perhaps emboldened by their escapade, the family went to Marks & Spencer outlet at Vivocity and began stuffing chocolates in a bag. The sales manager at Marks and Spencer made a police report and the police raided the family’s hotel room at Dunlop Street.

The police arrested the family after finding over 50 boxes and packets of Swiss, Belgian, and Italian chocolates worth about S$400, clothing worth S$650.10, and over 200 cosmetics and accessories worth a hefty S$3,551.50.