Income Inequality Surging In China, US. 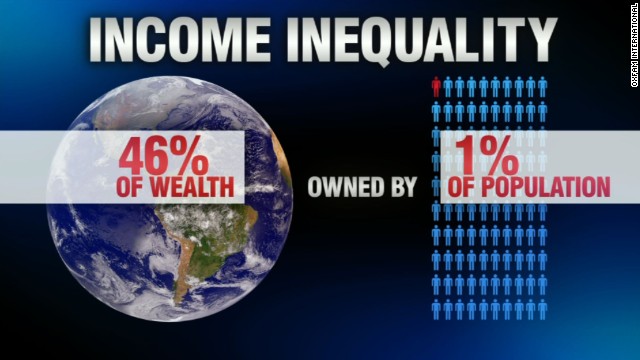 A bombshell report from American news network CBS said that while the rich have gotten richer many Americans have been left behind especially those who lack college degrees.

In the toss up with the world’s second largest economy, the report posited that both nations China and the U.S. are similar in that both have witnessed an extreme rise in income inequality since the 1970s when quoting a new paper from economists including Thomas Piketty of the Paris School of Economics and Emmanuel Saez and Gabriel Zucman of University of California-Berkeley.

America’s top 1 percent of earners take home about 20 percent of the country’s pretax national income, compared with less than 12 percent in 1978 according to the research the economists published at the National Bureau of Economic Research. Over the same time in China, the top 1 percent doubled their share of income, rising from about 6 percent to 12 percent.

While that suggests that China and the U.S. are experiencing growth of inequality in tandem, there’s one major difference, which suggests the problem may be more dire on American soil. That regards how the bottom 50 percent of income earners are taking part in — or in the case of the U.S., losing out on — the country’s economic growth.

The sharpest contrast was in how economic growth in China had been panning out. Despite widening inequality — the incomes of the bottom 50 percent have also “grown markedly,” the economists wrote. Their analysis found that the poorest half of Chinese workers saw their average income grow more than 400 percent from 1978 to 20015. For their American counterparts, income decreased 1 percent.

“This is likely to make rising inequality much more acceptable” in China, they noted. “In contrast, in the U.S.. there was no growth left at all for the bottom 50 percent (-1 percent):, the authors noted.

The report however, on a cautionary note saying that give that the bottom 50 percent of American workers are already feeling strapped, a trade war with China could pinch their wallets rather than provide immediate relief. Cheap imports from China and other countries have helped lower the price of many consumer staples, from clothing to appliances, which might spike if the Trump administration applies steep tariffs to imports.Follow us on Social Media