The Independent Singapore News
Home News Featured News "I know what their kind are like" - Racist customer flamed for...

Racist at cafe in hot water with netizens. 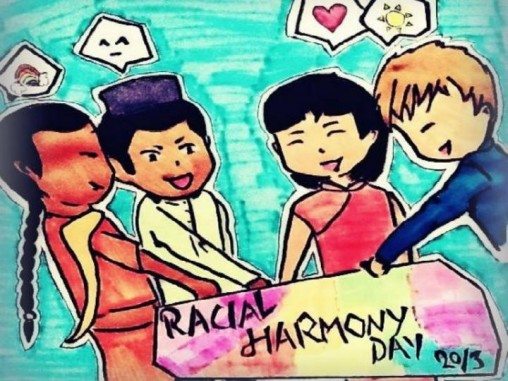 Several netizens are blasting a Chinese man who allegedly harassed a young Indian couple at what appears to be a Starbucks outlet in the East Coast.

Eyewitness and Reddit user u/BelloBigBoi shares that the incident left her fuming. She recounts online that a male teenager had walked into the cafe and had asked her whether he could take an unoccupied chair at her table. She obliged.

Moments later, the teenager’s girlfriend arrived at the cafe. Seeking another chair for his girlfriend, the teenager had then approached a table occupied by a Chinese man and his son, and had then asked whether he could use the spare chair at their table.

The older man refused and said that he was using the chair to place his bag. The eyewitness said that the teenager then walked away but the older man continued to express his anger until the teenagers left the cafe altogether.

She writes: “I am so angry right now. Im at starbucks at east coast doing some late night studying. Teenage indian dude in a hoodie comes in. The only table available doesnt have any chairs so he asks me for my extra chair politely, obviously i say sure and he takes it.

“A few minutes later his girlfriend(also indian) walks in. No chair for her so her bf volunteers to get her a chair. He goes to the table next to me, where a chinese man and his young son are sitting. I suddenly hear the man saying something angrily. I look up, the man was saying that the teen couldn’t take his spare chair because his bag was on it.

“Ok, inconsiderate dude end of story right? Nope, he continues being angry even as the teen goes back to his own table. Tells him things like ‘cant you see my bag on the chair’, lots of head shaking, and finally ‘turning around to the teens and saying stuff like ‘stop this…blah blah’ he was so angry.

“I dont even know what he was so angry about. The teens left immediately after. The man was still shaking his head and tutting. And he was also looking very smug, like he did something heroic.”

The Redditor said that she was so angered at the way the older man had treated the teenagers that she told him that he was unnecessarily rude.

Instead of staying angry or telling the Redditor to mind her own business, the older man grew friendly, and tried to justify his behaviour by saying that he knew “their kind” as a way of alluding to the Indian teenagers.

u/BellaBigBoi recounts: “I leaned over and told him something like ‘hey that wasnt very nice, the boy just wanted a chair for his girlfriend’. And this b!@#$%^ stops his angry act and starts being so friendly to me. ‘Oh dont worry i know what their kind are like’ he says this with a gross smile like we are best buds.

“THEIR KIND. He must assume that because im chinese i would be ok with that? At that point i dont know what else to say so i just go back to work. Guy and son leave soon after and as he leaves he actually smiles and says bye all friendly to me. I feel gross and angry now. Never seen such racism before.”

The Redditor’s post is garnering significant traction online with 735 upvotes and 140 comments at the last count. Netizens responding to her post agree that the older man’s behaviour and attitude were “inexcusable”, and “disgusting”.

Read the thread in full here.Follow us on Social Media