The Independent News
Home News How Has the Disney Franchise Been Effected by The Force Awakens?

How Has the Disney Franchise Been Effected by The Force Awakens? 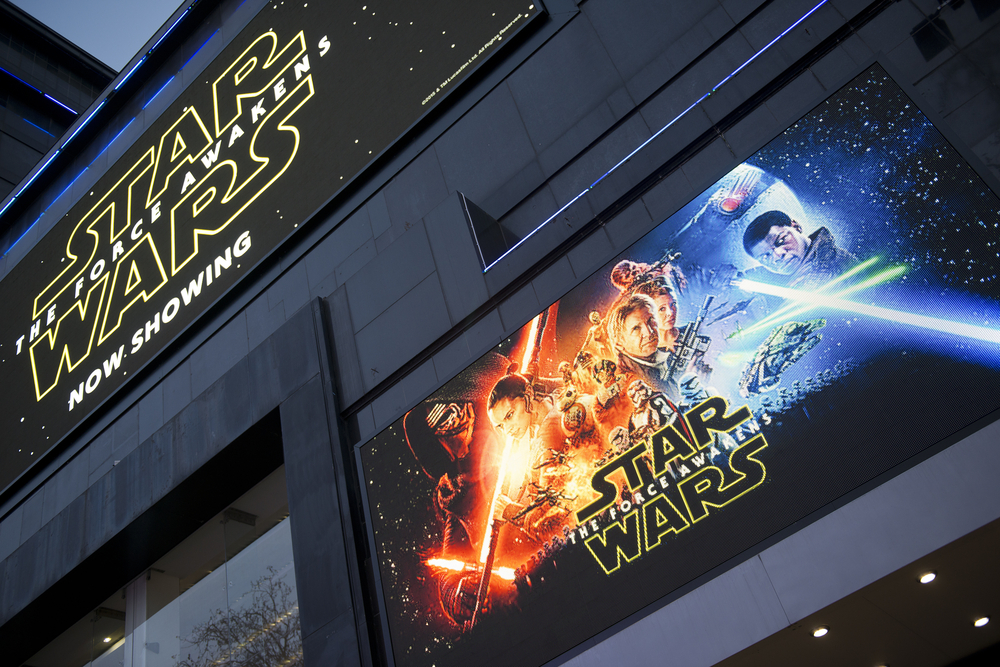 Disney has come a long way since Mickey Mouse first graced our screens in 1928. Instantly recognisable all over the world, The Walt Disney Company has grown to include theme parks, toy lines, music, movies, TV networks and even a cruise line. Its movie empire continues to bring in big business for the company. Cfd trading company IG reports that Disney’s profits rose 21 per cent to $13 billion USD in the financial year 2014 following hits such as Frozen and Captain America: The Winter Soldier. With Disney now also having Lucasfilm under its belt is there any stopping the company’s success? Here, we look back at how Disney has evolved and what impact the latest Star Wars blockbuster could have on Disney.
How it all started – Disney was founded back in October 1923 by Walt Disney and Roy O. Disney as the Disney Brothers Cartoon Studio, where it quickly established itself as a leader in the American animation industry. The studio later began to move into live-action film production, television and even theme parks. It became ‘The Walt Disney Company’ in 1986 as it evolved to take on further interests focusing on theatre, radio, music, publishing, and online media.
Present day Disney – Today, Walt Disney Studios is one of the best known film studios in cinema. Disney also owns and operates the ABC broadcast television network; cable television networks such as the Disney Channel, ESPN, A+E Networks, and ABC Family; publishing, merchandising, music, and theatre divisions; and owns and licences 14 theme parks around the world. Over the last ten years Disney has bought Pixar, Marvel Entertainment and Star Wars creators Lucasfilm.
The Force Awakens Effect – The movie was hugely anticipated and has not failed to deliver. Disney used a clever dose of trailers and sneak previews over many months to build up the excitement levels of fans. This tactic appeared to be very successful with many cinemas selling out of tickets before the film even opened. At the time of writing, The Force Awakens (which was  out of tickets before the film even opened.ic appeared to be very successful with many cinemas experiencing  Over the nereleased in December 2015) had taken £114m in the UK – making it the UK’s most successful film of all time. However, this is only a small drop in the ocean compared to the overall amount of takings the film has made worldwide and is expected to have made over $1 billion USD. The British Film Institute (BFI) revealed UK box office takings were up 17% from the previous year, at £1.24 billion, due in part to the Star Wars effect.  According to their findings this is the first year since 2012 that both box office takings and admissions have increased.
Brand influence – Alongside the Star Wars movie, there is also merchandising, theme park rides and toy sales to take into account. Disney, it seems, is onto a winner with industry experts confident that merchandising sales are expected to outweigh even the box office returns.
The Future – Now that Disney owns Pixar, Marvel and Lucasfilm there’s sure to be no stopping its box office success. All three of these organisations have proved time after time to be the business leaders when it comes to animation, superheroes and action films respectively. Over the next few years we will once again expect to see Disney films such as Thor, Finding Dory and of course two more Star Wars movies clean up at the box office. It’s a healthy stable that should carry on delivering success for Disney.