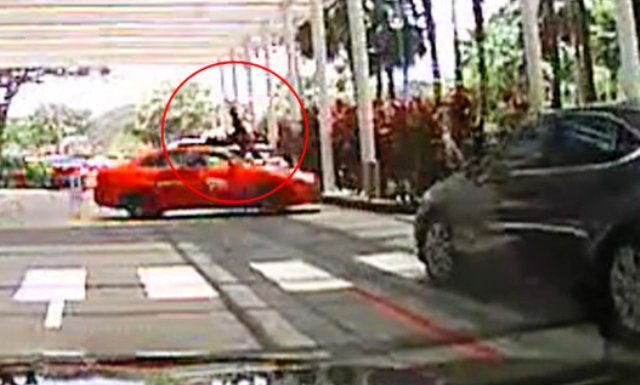 A reader sent us a video of a horrific accident which happened at Marina Bay Sands. The video showed a taxi ramming into a pedestrian before crashing into pillar at the integrated resorts.
[fvplayer src=”http://youtube.com/watch?v=Ny_F4y4IWPw”]
According to the reader who prefers to remain anonymous, the accident occurred earlier today (24 Sep) at Tower 1 of Marina Bay Sands. A man is seen crossing the road halfway when the taxi suddenly appeared and ploughed into him. The taxi then hit a pillar before coming to a stop.