Hong Kong Independence Activist Not Allowed to Run for Legislature 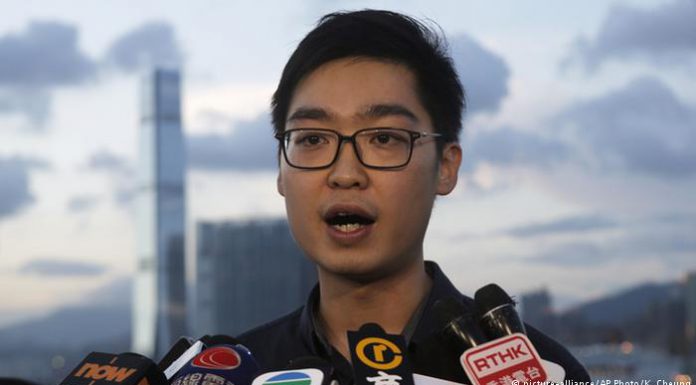 Andy Chan, who has actively pushed for independence for Hong Kong, has not been allowed to run for a seat in legislature. The High Court of Hong Kong issued a ruling yesterday disallowing Mr Chan’s candidacy, saying that it is “fundamental” for legislators to regard Hong Kong’s being part of China as absolute.

Hong Kong, which had reverted to China in 1997 after years of British rule, is not completely democratic. The city holds elections every four years for half of the seats in a legislature of 70 lawmakers. China rules Hong Kong under a “one-country, two-systems” arrangement.

This arrangement was once thought to be considerably open, however, the government in Beijing began to crack down on activists after the pro-democracy “Umbrella Movement” protest actions began in 2014. In the elections of 2016, nine opposition candidates and six lawmakers were disqualified, drawing fears that the freedoms and rights in the city’s arrangement with Beijing were being threatened.

When Mr. Chan filed an application for running for office two years ago, he had signed a statement promising to uphold the Basic Law, Hong Kong’s mini-constitution. However, Judge Thomas Au said in his ruling that he did not believe Mr. Chan would fulfill this promise, thus giving the judge grounds for disallowing Mr. Chan’s nomination. The judge wrote that he did not accept that Mr. Chan’s statement that he would uphold the Basic Law, and referred to a legal interpretation from Beijing’s Parliament indicating that this was a requirement to run for elections. This interpretation, however controversial, is binding.

Judge Au wrote, “In any reasonable objective view, advocating the independence of Hong Kong with the abolition of the Basic Law objectively must at the least prima facie be the very antithesis of an intention to ‘uphold’ the Basic Law.”

The judge further stated that accepting that Hong Kong is an inalienably a part of China, as well as upholding Basic Law, are “fundamental” to those who would hold elected positions in the city.

Judge Au’s ruling, which is more than one hundred pages long, is now a precedent for appeals made by other advocates who push for independence, including one made recently by activist Edward Leung.

Recently, Agnes Chow, a 21 year old activist, was also disallowed from running in a by-election in March, prompting the European Union to strongly criticize the ruling, saying that it “risks diminishing Hong Kong’s international reputation as a free and open society.”

However, Mr. Chan is thinking about filing an appeal on the ruling.  He said, “Electoral freedom is constantly tightening, and there is no way you can call this an election. It should be called a selection.”