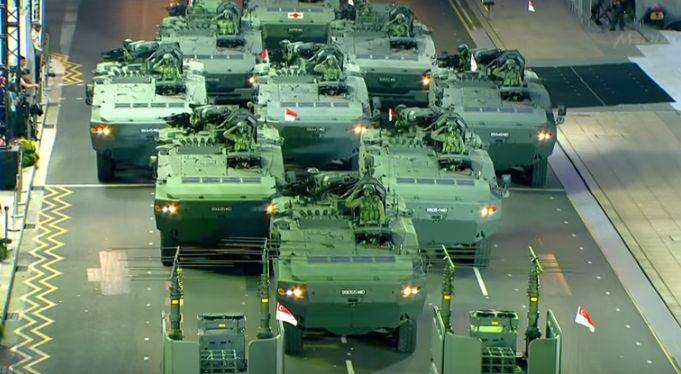 Apple Daily, a Hong Kong based newspaper reported yesterday that the nine armoured vehicles seized by the Hong Kong Customs and Excise Department in November last year is not seen in the warehouse in which it had been impounded.

The paper said that a reporter from the publication was able to see the Terrex Infantry Carrier Vehicles (ICV) belonging to the Singapore Armed Forces covered with green canvas in the warehouse from 26 to 30 December, but that he did not see it this morning (2 Jan). Apple Daily said that the security guards on the ground refused to respond to their reporters’ queries.

The Hong Kong Customs and Excise Department in referring to the seized Terrex ICVs are “suspected controlled items”, has said that they “are still kept at a storage place of Customs in Tuen Mun, (but that they) have been stored indoors since December 6.”

The Ministry of Defence (MINDEF) has not responded to these latest developments. MINDEF said on 26 Nov that the containers with the armoured vehicles which were opened for inspection have been resealed by Hong Kong customs and shifted to the depot at the River Trade Terminal, which is a secured access-controlled area.

Singapore’s Defence Minister, Dr Ng Eng Hen, said on 30 Dec that the detention of Singapore’s Terrex armoured vehicles by Hong Kong authorities was a low point in 2016, but that it does not pose an existential threat or even a potential threat.

Dr Ng asked Singaporeans to not allow this one incident to shake our confidence or weaken our solidarity. He added: “We are a sovereign and independent country, and we will chart our own future.”

“The SAF will learn from this episode and has already changed its practices to better protect our assets. “But all of us are of course upset that the Terrexes, our property, have not been returned to Singapore. We have been working at all levels of Government these past two months to effect their return, quietly and out of the limelight where it is more effective. I will say more in the next Parliament sitting, but we should view that incident in its proper context.” – Dr Ng Eng Hen

Parliament will sit next week on 9 January.