Governments have closed restaurants and bars worldwide, banned sporting events and urged people to remain home to reduce the spread of COVID-19. 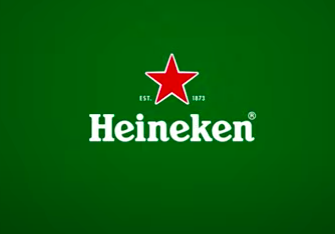 Governments have closed restaurants and bars worldwide, banned sporting events and urged people to remain home to reduce the spread of COVID-19.

“Our performance for the first quarter reflects the initial impact of those measures, and volumes in March were obviously heavily affected,” Heineken chief executive Jean-Francois van Boxmeer said in a statement.

The next three months did not look much better, either.

Beer sales by volume fell by 14 percent in March according to the earnings statement, when many governments began to implement confinement measures.

In Italy, which was under lockdown for most of the month, sales volumes were down by a third. In Spain, another country that locked down early, the drop was around one quarter.

Excluding the impact of acquisition and sales of brands, sales by volume for Heineken’s various brands slid by 2.1 percent during the quarter.

“The initial impact of the COVID-19 crisis is visible in the volume performance of this quarter and is expected to worsen in the second quarter of 2020,” the statement said.

“We have taken necessary measures to reduce our costs, secure additional financing and adapt to the fast changes,” it added.

Members of the executive board and executive team decided to cut their base salaries by 20 percent from May through December.

The company has also decided to cancel payment of an interim dividend following its half year results in August.

Heineken said its first-quarter net profit fell to 94 million euros ($102 million) from 299 million for the same period a year earlier.

It did not provide quarter-on-quarter sales figures.

“The lack of visibility on the end date of the COVID-19 pandemic and the duration of its impact on the economy has led Heineken to withdraw all guidance for 2020,” it said.

The company did pledge to not carry out any “structural layoffs” during 2020 due to the virus outbreak.

Heineken’s share price fell by 2.1 percent while Amsterdam’s AEX index was up 1.6 percent in midday trading.