The Independent News
Home News Featured News He did not look Chinese so Malaysian authorities took away his Chinese...

He did not look Chinese so Malaysian authorities took away his Chinese name bearing ID!

Indian man adopted by Chinese runs into trouble with the Malaysian authorities over his race. But we have a unique solution to this problem in Singapore - the community certificate to ascertain one's race. 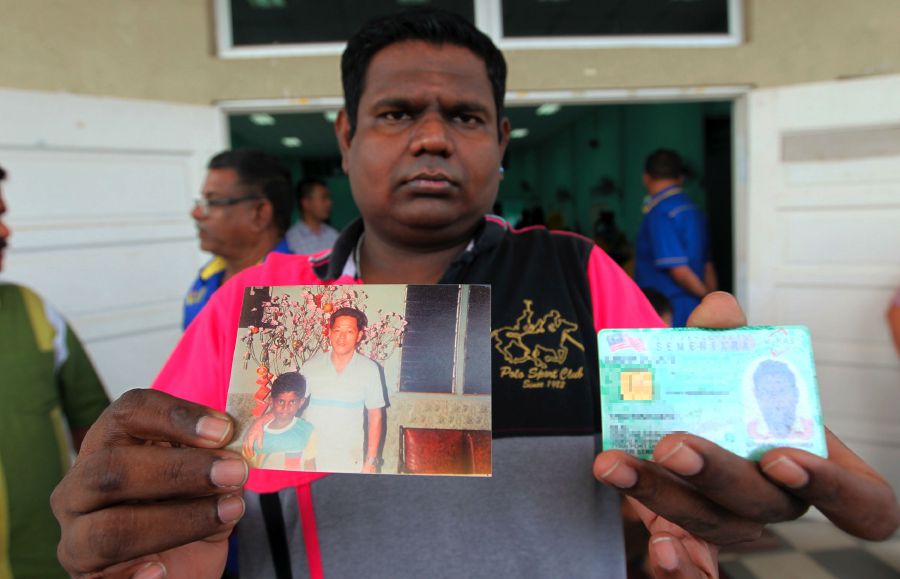 Suspicious authorities seized the Malaysian man’s identification card because he did not look Chinese and had a Chinese name.

Tang Woon Seng, 34, was adopted by a Chinese family after his biological parents could not care for him but ended up holding a temporary card after his real ID was seized by the National Registration Department (NRD).

Woon Seng said he facing difficulties over not having a MyKad.

He said the authorities thought he was using fake information – but an investigation found that an error was committed when his adoptive father registered his birth certificate, reported the New Straits Times (NST).

“My adoptive father listed me as a ‘biological child’ and did not know that it was wrong. “In fact, I did not have a problem when having my MyKad made at the National Registration Department (NRD) when I was 12 years old.

“Only when I wanted to marry did the problem arise. I was given a temporary identity card, which states that I am not a citizen.

It is the same department that handed the ID over to the man that seized the documents.

“I grew up as a Chinese, and did not even speak Tamil. Many wonder, when they find out about my Chinese name, why I have a dark skin tone.

“I do not feel frustrated or embarrassed, because the people in my hometown know my history. They know my father took me in and raised me 34 years ago,” he said when met by Harian Metro.

Woon Seng said problems began when he tried to obtain a marriage application, as he had planned to wed 16 years ago, said the unfortunate citizen who is now in limbo.
sourceFollow us on Social Media