The Independent News
Home News Featured News "He deserves just as much credit as LKY does" - Singaporeans commemorate... 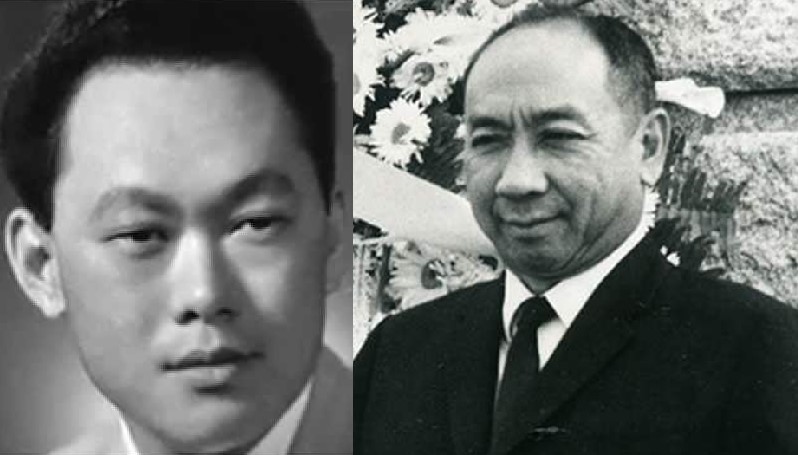 One of Singapore’s founding fathers, the late Goh Keng Swee, would have turned a century old if he was still alive yesterday.

Goh Keng Swee was a key member of the PAP’s Central Executive Committee and later became its vice-chairman. Goh was appointed Minister of Finance in 1959, in Singapore’s first government under Prime Minister Lee Kuan Yew.

Goh was valued for his good stewardship of Singapore’s economy. The year he took the reins of the MOF, Goh turned a forecasted budget deficit of S$14 million into a surplus of $1 million.

The elder statesman was also responsible for setting up several Singapore institutions, such as the Economic Development Board which he established in August 1961 to attract foreign multinational corporations to invest in Singapore.

In 1962, he started the development of the Jurong industrial estate on the western end of the island which was then a swamp, offering incentives to local and foreign business to locate there. Former Permanent Secretary Sim Kee Boon said that Goh admitted that the Jurong project was “an act of faith and he himself jokingly said that this could prove to be Goh’s folly”.

Goh apparently felt strongly that “the only way to avoid making mistakes is not to do anything. And that…will be the ultimate mistake.”

Goh was a key figure when Singapore merged with Malaya and the British Borneo states in 1963 to form the Federation of Malaysia.

Goh also played a crucial role in orchestrating the subsequent secession of Singapore from the Federation on 9 August 1965. Then-Prime Minister Lee Kuan Yew said Goh fought to protect Singapore’s interests against the Federal Minister of Finance, his cousin Tan Siew Sin, “who was out to spite Singapore”.

Upon independence in 1965, Goh relinquished his finance portfolio and became Minister for the Interior and Defence until 16 August 1967. Under his leadership, the National Service mandatory conscription was created.

Goh again took over the Ministry of Finance in 1967 and established the Government of Singapore Investment Corporation (GIC) to invest excess reserves.

In 1968, Goh encouraged the establishment of the Institute of Southeast Asian Studies, and on 11 August 1970 he was reappointed Minister for Defence.

Goh was also responsible for projects that sought to improve Singaporeans’ cultural and leisure life, such as the Jurong Bird Park, the Singapore Zoo, Underwater World and the Singapore Symphony Orchestra. He was also instrumental in introducing rugby in the Singapore Armed Forces and later in schools.

In 1973, Goh was appointed Deputy Prime Minister of Singapore concurrently with his other Cabinet portfolio. In the rest of his political career, he also served two terms as Minister for Education and served as chairman of the Monetary Authority of Singapore (MAS) until he stepped down from Parliament on 3 December 1984 at the age of 66 years.

In a tribute to mark the occasion, Prime Minister Lee Kuan Yew wrote: “A whole generation of Singaporeans take their present standard of living for granted because you had laid the foundations of the economy of modern Singapore.”