The Independent News
Home News HDB raises rental of single mother from $61 to $230 after she... 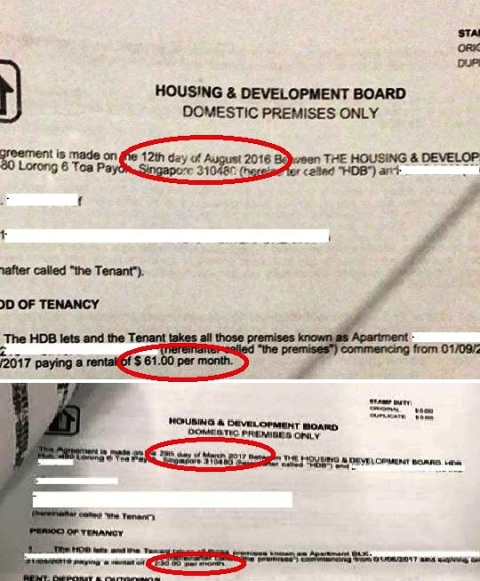 Social activist Gilbert Goh shared the story of a single mother whose rental was raised by more than 2.5 times after she got a salary raise. The woman who lives in a HDB rental flat had to pay $61 in August 2016, but the rental was revised to $230 in March 2017 after she got a salary increase from her employer. Her employer, the Ministry of Education, raised her salary from $1,200 to $1,500.

“What’s the point of us working so hard when what we earn extra goes to the rent hike?”, Gilbert quoted the woman as saying. She is not getting any support from her ex-husband, a former convict.

Gilbert slammed the rental hike by saying: “As HDB follows a rigid rental payment structure bases on household income, there is thus no incentive for the poor to actually go out and work hard.”