A copy of a HDB letter believed to have been sent to a needy family has been going viral online, after a netizen alleged that the family were asked to vacate their rental flat after a HDB officer allegedly pressured the family to pay their arrears with their GST voucher monies.

The family allegedly consists of a pair of adults and their three schooling children, all of whom live in a rented 2-room studio apartment. The father allegedly works as a security guard while the mother works as a cashier.

Sharing a copy of the letter, Facebook user Nayo Udol Toot Toot – a friend of the needy children’s father – wrote: “1 month notice! She came twice this month asking for the $$ and ask the wife ‘once you recieve GST’ go and pay the outstanding. She warned the wife, give the date until 15th of Aug to settle the outstanding. This is ridiculous!”

In the comments section of his post, Nayo Udol elaborated on why the handling of this case is “ridiculous”. Referring to Michelle, the officer who supposedly signed the letter, the netizen asserted:

“The problem is..she is a General Manager, how can she asking the wife ‘when receive gst’ make the payment. And she warn the wife some more…She came like money lender keep asking to make payment. She don’t listen to the wife that really in dificulties”

When other netizens suggested that the family should have approached HDB to share their difficulties and ask for an extension to make payments, Nayo Udol claimed: “She meet several time and had told them her problem. Even consult comcare, cdc for help. The problem is, they just want the $$$. They only listen to you but end of the day, no money no talk”

While some netizens asked whether they could band together and assist the family, the majority of those responding to the post said that the netizen’s story is one-sided and that HDB usually gives chances to those in dire straits: 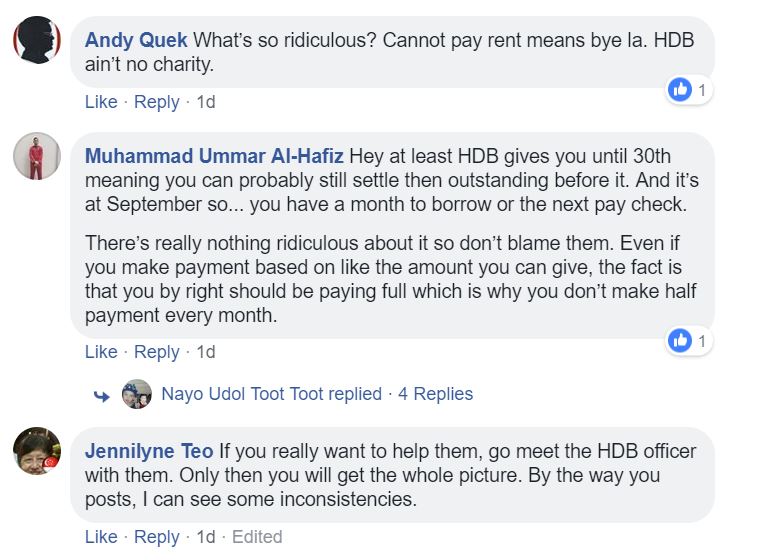 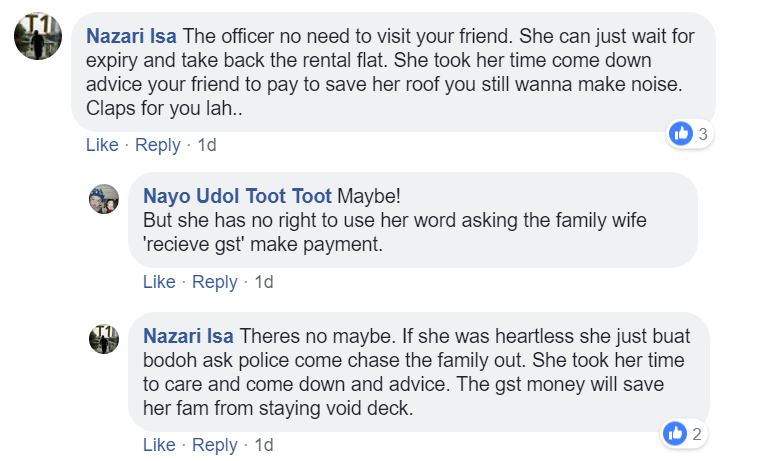