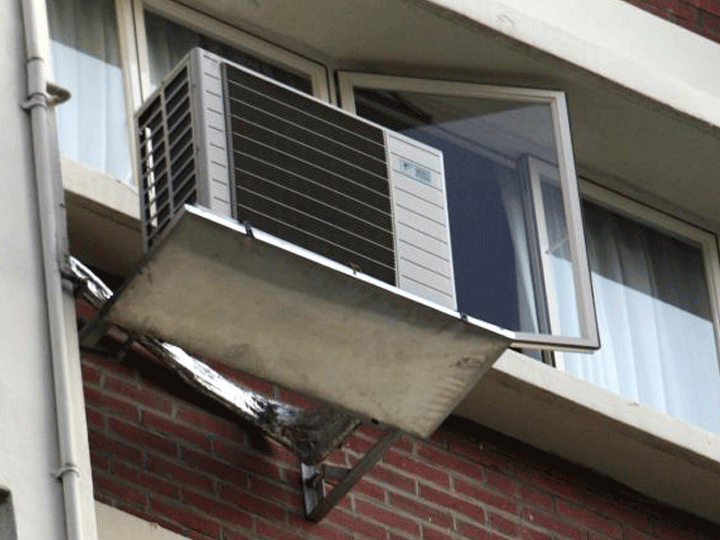 A homeowner has alleged that Housing Development Board told him to remove a condenser tray underneath an air-conditioner hanging outside his flat in 2014, to reduce the chance of mosquitoes breeding.

The resident, Yip Wai Hon, acceded but has now been instructed to re-install the tray – at the price of hundreds of dollars – since one of his neighbours apparently complained about water dripping from his air-conditioner onto his items.

Frustrated, Yip wrote to HDB and posted his letter and their alleged reply online. In his letter, Yip questioned the “backpedaling of policy” and wrote:

“In 2014, government agencies set a regulation that the condenser tray from outdoor air-conditioning units must be removed to reduce the chance of mosquitoes breeding. Most residents complied.

Recently, however, I received a HDB notice instructing me to reinstall a “HDB recommended” condenser tray from an “authorised contractor”, as my neighbour downstairs had complained about being disturbed by water dripping from my air-con.

I then checked with the HDB, which confirmed that it was issuing such notices when residents complained about dripping water. But it warned that I would be fined if mosquitoes were found breeding in my tray if I did not maintain it.

Residents paid hundreds of dollars to remove the trays to comply with the national policy. Now, we are asked to pay hundreds more to put the tray back just because of some complaints that the dripping water is noisy.

It is shocking that the HDB expects residents to ensure the condenser trays are mosquito-free.

In high-rise flats, it is dangerous just to peer out the windows to check on the trays.

Maintenance can be done quarterly, but that does not prevent mosquitoes from breeding, as eggs can hatch in less than a day. Given the frequency of rain in Singapore, it is not just condenser water that residents need to worry about flooding the tray.

It is wiser to deal with a virus that can kill us than to be bothered by the noise caused by a dripping condenser.

Simply securing a rubber mat or cloth on the top of an air-con unit would absorb the dripping water and noise, while preventing mosquito breeding.”

Instead of adequately answering Yip’s questions, HDB just directed him to where he can buy a new condenser tray “at a cost”:

“Under the National Environment Agency’s Code of Practice on Environmental Health, the placement of air-conditioning trays or receptacles beneath or on top of any air-con unit is discouraged, as the accumulation of stagnant water on such trays could result in mosquito breeding.

If water is found to be dripping from outdoor air-con units in HDB blocks, flat owners should check if the air-con has been properly installed and maintained. This includes checking if proper water discharge measures like affixing a pipe into an internal floor trap have been adopted, and engaging a contractor to service the air-con.

Flat owners who still encounter issues with dripping water from their air-con could consider installing an HDB patented air-con tray to collect the condensate.

Designed with a gradient , this tray has been tested to effectively channel the condensation from the air-con into a discharge pipe.

There was no problem of stagnant water or debris. The trays are in use in several homes and effectively solve the dripping problem. Still, these trays have to be checked regularly to ensure that they are functioning properly.

The tray is available for purchase through a vendor and the installation can be carried out by an air-con installer at a cost.”