Home News Have we reached the end of the road with autonomous vehicles?

Have we reached the end of the road with autonomous vehicles? 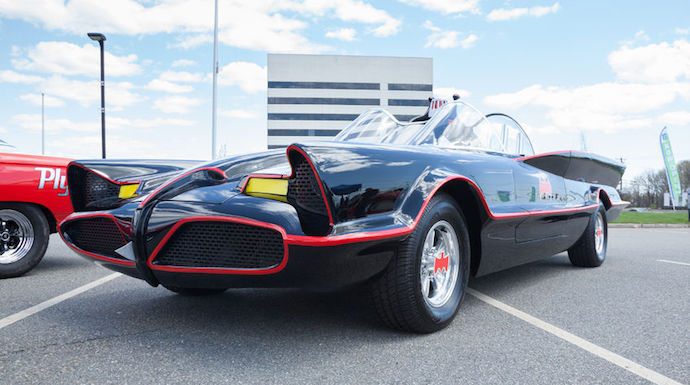 As predictors of what the future will look like, movies have proven eerily accurate: It’s 1966 and Batman uses a remote control to summon the Batmobile. Forward to 2002’s Minority Report and autonomous self-driving vehicles weave – almost magically – on magnetic cushions through a futuristic Washington DC. We set our sights on a future that involves autonomous vehicles long ago!

Fiction has become fact. We’re standing on the brink of a driving revolution with the race on for which car manufacturer will be the first to roll out a line of completely self-driven vehicles.

At the same time, as urban areas experience a rapid influx of people and population growth, the need for sustainable mass public transport solutions has become ever more urgent .

Is this a race with only one winner, or is there a space for two winners? Will the billions that are being poured in to mass transit become a gross over expenditure when the AV becomes common place?

Driverless vehicles are being touted for their potential to resolve traffic congestion and improve road safety. The current narrative would suggest that car ownership will be a thing of the past as shared AVs take centre stage and older modes of public transport are relegated to the books.

The story goes that these vehicles will be cheaper, more convenient and will dispense with the need for car parks because they’ll be circulating constantly. Traffic jams will be a distant memory too as all the AVs platoon on the freeways.

Also read: Keeping control of the wheel: Is semi-automation the best way to introduce driverless cars?

There is also the economic benefit related to increased productivity. Need to catch up on emails? With your eyes off the road, you can confidently turn your attention to work. This is hands-free at its best iteration.

It certainly sounds like a simple – indefectible, even – solution to a convoluted problem.

But on closer inspection, how utopian is this future? And is it as ‘realistic’ as the movies? And what about those billions of dollars being spent right now on mass transit? Is it a wasted investment? What’s the real story here?

The existing infrastructure in many urban areas simply cannot support more vehicles on the roads  – concurrently, automobile sales are forecast to climb rapidly along with a growing middle class who can afford the luxury. When the AV hits the market, who’s to say it won’t exacerbate the existing traffic burden instead of relieving it, putting even more vehicles on the road?

There is also the culture and mindset shift that will be required to get people to adopt AVs. Take the electric car for instance. There’s been talk of it for some time now – yet in most of the developed world, the majority of people are still opting for petrol-driven cars.

An integrated approach to transport solutions

The transport conundrum calls for an integrated approach to transport solutions that build on a platform of sustainable urban growth – with the emphasis on both suburbs and urban centres.

Without wanting to completely quash the benefits of AVs, here’s why it’s counterintuitive to hail the advent of the AV as the end of traffic congestion (at least in the short to medium term).

Show me the money

This is a big one: the cost factor. For now the technology would be out of reach of most people. Various forms of car sharing are predicted to counter this – but how willing will we be to adapt and give up that personal space and autonomy?

Countries would need to put some serious governance measures in place to handle AVs. As The Guardian has pointed out, if they ever hit the roads, self-driving cars will prove an irresistible target for hackers.

“The difference in congestion between total chaos and a perfectly ordered driving system — the kind proposed in a future with autonomous vehicles — is only about 33%,” write co-authors Brian Christian and Tom Griffiths in Algorithms to Live By: The Computer Science of Human Decisions.

There’s no easy fix. Christian and Griffith sum up it up succinctly:

“Congestion will always be a problem solvable more by planners and by overall demand than by the decisions of individual drivers, human or computer, selfish or cooperative.”

Here’s the rub, though: there’s no quick-fix solution. Focussing on problem-solving, the current situation is akin to slapping a Band-Aid over a festering wound.

AVs alone aren’t likely to be the elusive panacea to our transport woes . Not in the foreseeable future at least. These require multi-faceted, long-term solutions to a complex problem.

This includes, for example, consideration of what commuters experience when leaving their place of residence and travel into a CBD, to the integration of transport modes to assure optimal journeys – and the impact that dynamic population growth will have on infrastructure development to keep up.

It’s time for cities to be proactive

The time for stopgap, Band-Aid measures is over. In the long term, the cities that forge ahead will be those that place urban planning at the fore of the city agenda.

Cities need to invest in effective, efficient and safe public transport – but this requires political will.

For change to be effected, partnerships need to be forged between governments, the private sector and the community. Crucially, all efforts must be underpinned by broad collaboration between the three to define the problem and then translate meaningful policies into long-term transport solutions that will transform the lives of the populace.

These integrated transport solutions will include optimal blends of pedestrian zones, privately-owned vehicles, shared transport services, mass public transit systems and mobility services like Uber and Lyft. We can’t science our way out of this one by summoning an AV.

And, of course, the regulatory environment must be conducive for the whole transport ecosystem to operate seamlessly.

The mobility evolution is here. Tom Cruise and his Minority Report vision of transport is still many decades away. It’s the cities that respond to the need, adapt and remain at the forefront of the evolution that will lead their citizens into this brave new world and get them moving around the city in a multi-modal mix of technological solutions that combine autonomous and manual, public and private, shared and individual and mass versus dedicated.

Navigating the blend of these modalities is where the real intellect will come in to play. We won’t simply be able to join the creed, “All hail the AV!” because, once we get to that space, the arguments for the next leap to “beam me up, Scotty” will be on the table for our innovators.

This article, “Autonomous vehicles – Have we reached the end of the road?“, first appeared on Just Imagine, an Aurecon blog providing a glimpse into the future.

The author, Mikel Alonso, is Technical Director of Infrastructure at Aurecon.

The post Have we reached the end of the road with autonomous vehicles? appeared first on e27.
Source: e27