The Independent News
Home News Featured News Has Singapore ever been affected by fake news?

Has Singapore ever been affected by fake news? 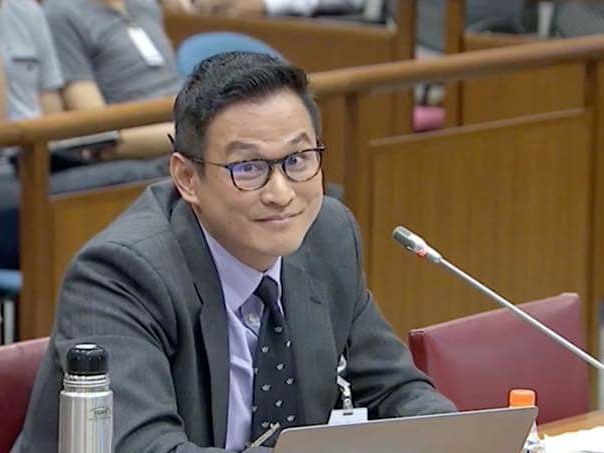 The concept of fake news can be challenged by applying various strands of communications theory from both journalistic practice and academia which have been surveyed earlier on this blog. Most of these theorists have been dead for decades, and still their models survive scrutiny and have established themselves to the point of consecration. Yet, there is a troubling lack of communications experts and theorists called to give oral testimony to the committee committee.

The wide consensus between critical, prescriptive, positivist, interpretive takes on communications theory may lead a reasonable man to conclude that fake news may exist but is largely indistinguishable from the political spin, propaganda, advertising, manufactured consensus, rumour and urban legends employed by the state, political parties, citizen groups, advertising and publicity agencies, and the press in everyday life.

A reasonable man would thus reject any claim, such as one made by a Dr Thum Ping Tjin, that fake news has not had much of an impact in Singapore aside from Operation Coldstore and Operation Spectrum.

But Dr Thum has made his submission as a historian of Malaya, amongst other things. We at Illusio submit to you, Dear Reader, that the good doctor has fallen short of his duties as a historian and public intellectual in making that claim.

When faced with a new concept like fake news, an evidence-based historian and researcher would examine case studies of older events that modern day audiences may now consider to be fake news, and ask if older understandings and analysis of these events are more effective (i.e. whether they hold more explanatory value, make more useful predictions, and prescribe better solutions) than applying the new concept. Dr Thum has failed to do so, as have the experts who have made submissions to the committee so far.

What fake news have Singaporeans shared online? Would it be wiser to treat these as urban legends instead?

At the Internet Society – Singapore forum on the Green Paper on Deliberate Online Falsehoods, Prof Ang Peng Hwa of the Wee Kim Wee School of Communication and Information noted that before fake news became a concept, Singaporeans have indeed been sharing fake news for years. But overwhelmingly of what kind?

Prof Ang points to a broad category, which allege the penetration of fake, adulterated, unsafe consumer goods in Singapore’s market. We imagine that if an empirical study (not a theoretical paper, not an experiment involving students) is carried out on what “fake news” Singaporeans have actually posted on Facebook, it would come down to: allegations that fake eggs, recycled cooking oil, plastic rice being secretly sold in Singapore’s supermarkets or used in hawker centres and food courts.

Prof Ang noted that each fake news caused a consumer scare that was quickly disproved by the authorities, but the prevalence of this type of fake news may indicate low consumer confidence, as well as low trust in consumer protections afforded by the law, and a suspicion that regulations tend to place industry interests over consumers.

This is an straightforward application of urban legend studies – falsehoods are spread because they reflect real, often legitimate anxieties already present in society. The truth value behind an urban legend is secondary to the moral of the story. From an urban legend studies point of view, the state should keep an ear to fake news because it is an indicator of real concerns on the ground that need to be addressed. In these cases, perhaps a disquiet over how fake products and manufacturing practices in China may work into the global supply and affect Singapore. In other words, it’s not just low consumer confidence or trust in consumer protections, but also an anxiety of China and globalisation.

Prof Ang also briefly mentioned that Singaporeans are prone to sharing unverified stories about crime in Malaysia on social media. Presumably, someone who heard from someone else that a distant relative of a colleague in another department was lucky to have avoided a robbery or assault in Johor Bahru by minutes because they were held at Singapore Immigration at the Causeway, but not the POOR SOD whose experience is captured in the photo or video on THIS DOWNLOAD LINK.

Urban legends experts would diagnose this as an anxiety about crime in Malaysia, one that has been amplified by sensationalist reporting in the mainstream press. Such “fake news” feeds on the story an intemperate press has been telling for decades often using real facts: the construction of a lawless near abroad from which Singaporeans should stay away, no matter how much cheaper the cost of living. Is there a problem that needs solving? It would be entirely a policy call.

During the cold snap in January this year, parents had their arms up about a man or a group of men in an off-white van going around offering to drive children home for free. Urban legends experts would study this as the most recent iteration or variation of a decades, if not centuries-old folklore where seemingly well-meaning foreign people end up tricking children away. They are either never seen again or end up possibly in a begging syndicate in some far-away country. Stories like these are old as dirt. As old as the Pied Piper of Hamelin trope.

And what is the moral of the Pied Piper trope? Never take chances, never trust a stranger. Maybe we should look at a possible precipitous decline in social trust and seek to remedy that with confidence-building measures. But what other anxieties does the trope highlight? Perhaps a fear of migration, of settling new lands, of involuntary participation in globalisation. Knowing this would be help the Future Economy Council craft its message to a sandwiched Singaporean workforce. Knowing that the scare caused the loudest screams from expats – parents and children studying in international schools – would help Singapore tweak its desirability to foreigners as a country to live in.

Since the committee on deliberate online falsehoods has also engaged in discussions of inadvertent, pre-internet, non-online, fake news, let us consider Singapore’s so-called Koro epidemic of 1967. In the early days of the republic, enough suddenly believed that their private parts were shrinking and disappearing, forever! Men believed their penises would disappear if they didn’t hold on to them tightly. Women believed their nipples would disappear. Singapore was clearly far more interesting back then.

Anthropologists have described the Koro epidemic as an episode of culture-bound mass hysteria, caused by anxieties over hormonal additives in livestock feed. The solution then would be instead of legislation, confidence building and education.

In addition, other studies of mass hysteria or pyschosis tend to correlate episodes to political uncertainty, or to social or individual stress levels rising to a tipping point. With the social, political, and economic upheavals Singapore experienced in the 1960s, it’s no wonder that at least one episode of mass hysteria occurred. The concept of fake news insists that the proliferation of fake news causes social instability. But psychologists and anthropologists would have a stronger case to say that social instability causes fake news to proliferate.

A reasonable historian of Malaya would remember an incident in 1915 Sepoy where the 5th Light Infantry of the Indian Army stationed in Singapore rose up against their British officers. The week-long rebellion by half the regiment resulted in a killing spree of local civilians and disrupted transport and communications. The mutiny was eventually suppressed by the British, who were largely assisted by Russian, Japanese, French, and French forces.

Of note is the official inquiry, which traced the outbreak of the mutiny to a German internee, a possible agent who was blamed for subverting the regiment with disinformation about how Germany was on the verge of liberating India from the British Raj. That’s the “fake news threatened Singapore” tip of the hat, by the way, to Dr Thum.

That being said, the inquiry did not point the finger to that possible agent of a foreign state, instead putting far more blame on the poor leadership, disunity, management and pay conditions of the regiment.

And instead of enacting a fake news law or a subversion act, the long-term solution taken was the establishment of the Special Branch. The problem was a lack of political intelligence and surveillance, rather than any abuse of speech.

A reasonable historian of Malaya would remember the role outright fabrications played in the many anti-Japanese boycotts and riots in the early half of the 20th century in Singapore and Penang, notably in 1919 and 1931.

In the interwar years (that is, between the “First” and “Second” Sino-Japanese War), the Kuomintang government of China sought to marshal support from what it called the “Overseas Chinese”. Chapters of the KMT party in Malaya dutifully enjoined the mainland’s “Buy Chinese goods” policy, encouraging industry in Singapore to issue certificates that their supply and manufacturing chain were free of Japanese products. In essence, a Japanese boycott.

But the KMT in Malaya went further than that. Anti-Japanese sentiment was whipped up in the Chinese newspaper cottage industry dominated by KMT members. Outright fabrications in 1919 and 1931 led to actual rioting that quelled by the imposition of martial law. Interestingly, these fabrications and riots were condemned by reasonable, responsible, and respectable community leaders like Sir Lim Boon Keng.

And here’s our hat-tip to: foreign interference, foreign agendas, fabrications, destablisation, and damage to public order. But here’s how the problem was dealt with: not through the imposition of fake news laws, but by enacting the predecessor of the National Newspapers and Printing Presses Act, increased surveillance by the Special Branch, the closure of fake news media, stronger limits on KMT membership and activity in the Straits Settlements – old fashioned security solutions that worked. No need for say, a Ministry of Truth.

A more recent historical example of riots in Singapore caused by unverified allegations and outright fabrications in the press would be the Maria Hertogh riots. A complex cross-border custody case was inexplicably kicked to Singapore, who inexplicably agreed to own the case. The riots broke out when after a steady drip-drip of disinformation (Maria was being forced to convert to Christianity!).

How did Singapore deal with it? Karim Ghani, the chief editor of several offending newspapers, was detained under the ISA, released after a month, and after a few quiet years disavowing further religious activism, departed for Pakistan for good in 1952. His papers were shuttered, of course.

All these, achieved without the need for a fake news law or a Ministry of Truth. Because when there is a real threat to public order, the correct tool to use is the one readily available to deal with public order issues – not a legal one.

This article was first published on the author’s website:  https://akikonomu.blogspot.sg/2018/03/has-singapore-ever-been-affected-by.html