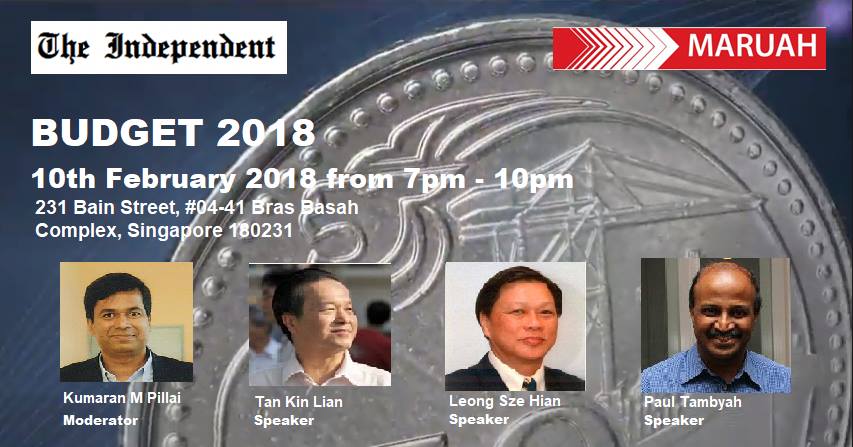 Singapore has zero external debt and our approach to a balanced budget with each term of government is one of the hallmarks of our national budget. But that was in the past. Will the government keep to its original philosophy or will it run a more populist budget for current fiscal year?

The job market is languishing and attempts to get the workforce retrained and equipped has been met with some challenges and funds allocated through SkillsFuture has been misused. Which is better – skills upgrading or unemployment insurance?

Will the government push for higher personal tax or GST? Or will it resort to other forms of indirect taxes to replenish its coffers?

The Independent has suggested in the past that the government should focus on High Value economy and with the advent of robotics, automation and artificial intelligence, the government should have a laser focus on manufacturing. But more investments in this sector may not translated to job creation. What are the other sectors?

A growing unemployment number is not good politics. So, where does this leave us? To answer some of these questions and to provide a critical analysis of the budget, we have invited three speakers at our Budget Forum 2018.

Jointly Organised by: TISG and Murah