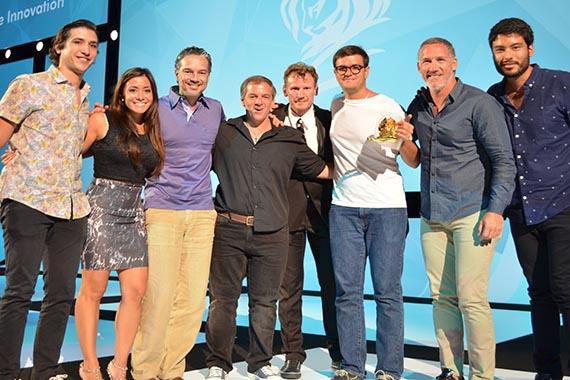 A day after Ali Bullock, a marketer, sponsorship and social media manager gave Grey Singapore and Grey Global one chance to return the Bronze Lion it won at the Cannes festival last month, and not to resubmit anything next year, the global advertising and marketing agency has done so – but grudgingly, and without acknowledging any wrongdoing.

In returning the award, Grey said:

“During Cannes we said the app was real and its creator, Grey for Good in Singapore, is a highly respected philanthropic unit that has helped numerous non-profit organizations. Moreover, Grey is one of the most creatively awarded agencies in the world with the highest ethical standards. We won over 90 Cannes Lions this year alone so there is no need for scam projects. However, given the unwarranted, unfair, unrelenting attacks by unnamed bloggers, we are putting an end to this and returning the Bronze Lion so there is not even the hint of impropriety or a question of our integrity. The saying no good deed goes unpunished is apt in this case.”

Grey’s refugee-locating app, “I SEA” ran into problems even before it won the Bronze Lion on Jun 20. A tech blogger questioned if the app was real, which led to Apple removing it from its App Store. Grey’s client, Migrant Offshore Aid Station, also distanced itself from the app.

Grey had initially said that the app was real and that the agency was working toward making it public.Follow us on Social Media