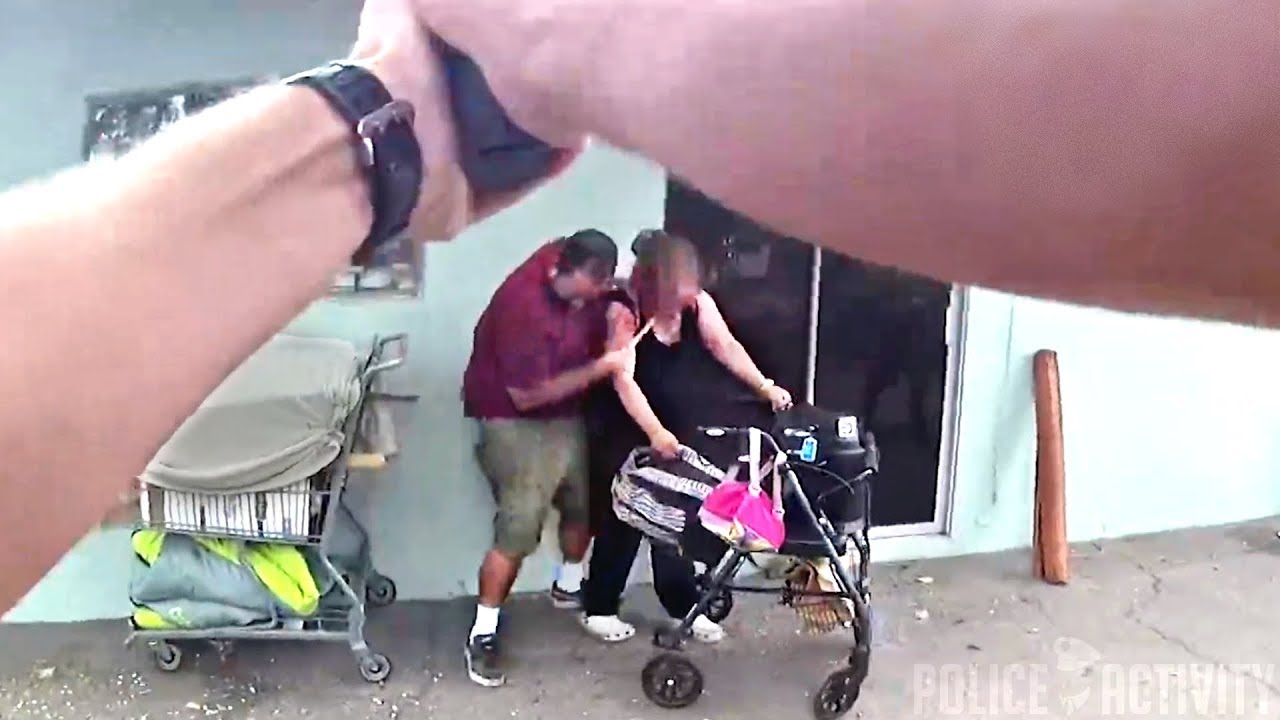 The Los Angeles Police Department on Tuesday released a graphic bodycam video which showed the cops fatally shooting a knife-wielding gang member and the woman he was holding hostage with the blade to her throat.

LAPD Chief Michael Moore told reporters at a news conference that 18 rounds were fired by his officers during the confrontation outside a homeless outreach center on June 16. The officers were responding to an emergency call that a man had stabbed his ex-girlfriend.

The police in identifying the assailant as Guillermo Perez, 32, said the ex-convict ignored repeated calls to drop the knife he was holding, The video showed that he eventually shielded himself with a metal folding chair when cops used shotguns to fire non-lethal beanbags at him.

“He moved away from officers and grabbed an innocent bystander who was standing nearby,” Moore said, adding: “Perez began to cut the innocent bystander’s throat with a knife. That’s when three officers shot at Perez to stop his actions and prevent him from killing the hostage.”

The video showed Perez holding Elizabeth Tollison (age 49) hostage. Tollison who was standing with the help of a rolling walker fell by the sidewalk after the police fired their guns.

Moore called Tollison’s tragic killing the result of “a tense situation that unfolded very quickly,” and described the situation faced by his officers as “every officer’s worst nightmare.”

Chrissy Teigen accidentally reveals the gender of her baby

A week’s jail for Choa Chu Kang resident who cheated on...