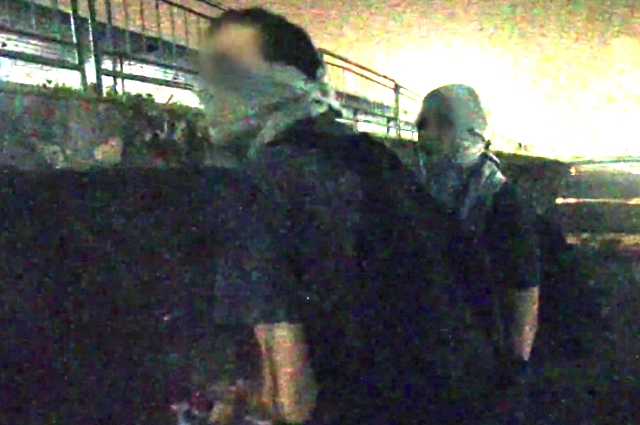 The people who broke into SMRT’s Bishan Depot to spray-paint the words “Jet Setter’s” on a train carriage have released a video detailing just how they did it. The video is part of a 12-part series titled ‘Probation Vacation: Lost in Asia’, by graffiti artists Utah and Ether.

They claim that they van broke into train yards all over Asia to paint trains, and their purpose was to “challenge the viewer to confront traditional beliefs concerning personal and public property, and the social context of vandalism”.

The video was uploaded on 29 Apr by a Facebook page called Grifters. Grifters claimed that the video was sent to them anonymously, but the post also had a quote from the artists. It said:

“Singapore has become known worldwide for implementing corporal punishment and harsh prison sentences for vandalism, consequences which have effectively deterred many graffiti tourists. This video marks the first Singapore Metro system (SMRT) hit to be documented on video and the second time in history that the system has been painted. The vandalism (which resulted in the SMRT being fined $200,000 for failing to follow security protocols) quickly snowballed into a scandal that garnered global attention. The general public of Singapore was outraged and the then President and CEO of SMRT Corporation was forced to resign.”

The duo were never caught by the Singapore Police for the break-in to the train station.

According to Australian news reports, Ether (Jim Clay Harper) was arrested in Melbourne in May this year on eight charges related to vandalism and assault and sentenced to six months jail. His partner, Utah remains at large. Their Facebook page however says that the artists “currently reside in Helsinki, Finland where they are working on book and film projects focusing on their travels throughout Asia.”

The Singapore Police have said that they are aware of Ether’s incarceration and is currently working with their counterparts in Australia “to facilitate investigations into the case of vandalism reported at Bishan MRT depot in August 2011.”

The video showed that the broke through SMRT’s train yard with relative ease and that they remained undetected for a fairly long period of time till they completed their art work.