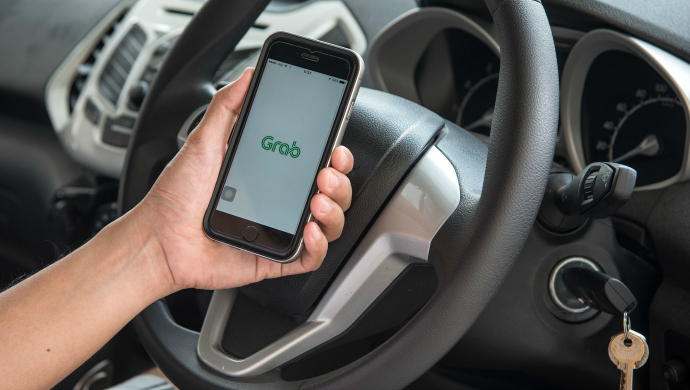 Ride-hailing service provider Grab is phasing out its GrabCar services to introduce GrabCar Plus, which will be 20 per cent more expensive for drivers.

The move, which will come into effect in April this year, will provide services to customers willing to pay a little more for better rated drivers and newer cars. This “deluxe service” will not replace GrabCar Premium which offers rides to customers in luxury vehicles.

The organisation is trying to encourage drivers who presently drive under the GrabCar service to sign up for the deluxe service and has sent emails to drivers earlier this week, offering more incentives.

What appears to be a copy of one such email has been circulating online:

While economy drivers are expected to still get jobs from the company’s other services such as JustGrab, GrabShare, GrabFamily and GrabCar Premium, the decision to discontinue GrabCar has been met with frustration from some drivers.

Private hire drivers have expressed their dissatisfaction with the GrabCar Plus service and have said that the criteria to join the service “is a high bar to meet.”

For one, only certain models of cars will be allowed on the service and economy drivers must only use cars that are under three years old to qualify for the scheme. GrabCar Premium drivers must drive vehicles that are not older than five years to opt in.

Besides this, the first 50 rides drivers take on under the new service will be reviewed and drivers will be assessed on service levels and the condition of their vehicles before they will be allowed to join the service.

The ratings of drivers who opt in to the new deluxe service will also be strictly monitored. Drivers must maintain a rating of 4.8 out of 5 and must also maintain an acceptance rate of 90 per cent.

GrabCar Plus drivers will be removed from the service “once more than two per cent” of their trips receive negative comments from passengers, according to Grab’s website.

42-year-old Grab driver Johnny Tan expressed his skepticism of the new service and said: “The criteria is a high bar to meet. The strict criteria reduces the odds of drivers like us enjoying the incentives. The scheme also seems to be filtering out drivers, especially drivers with personal vehicles that are older than three years, and relegating them to compete with taxis on JustGrab.”

Mr Tan, a private-hire driver who has been working with a ride-hailing company for more than a year, told reporters that it looks like “there would be a string of conditions attached, making it difficult to hit the incentives.”

Low is planning to wait and see how other drivers feel about the service before signing up.

Singapore Management University Assistant Professor Terence Fan, a transport specialist, told reporters: “This could be one method by Grab to try to subtly raise prices and revenues. Given that they are not able to announce an increase in fares, another way to do so is by segregating the market and offering riders options, in the form of a new service.”

The transport specialist further postulated that while drivers may feel that they will have to compete with taxis with the scrapping of GrabCar, this may not be a major cause for concern as private-hire vehicles vastly outnumber the number of taxis in Singapore.

Another expert, Singapore University of Social Sciences transport economist Walter Theseira noted that while the GrabCar Plus service is “not too different from the ‘premium economy’ option that airlines offer,” it may not be entirely necessary in a small market like Singapore where service standards across vehicle fleets do not vary as much as larger cities like Bangkok, where the deluxe service was launched late last year.

He said: “I can see the value in other cities where there may be a larger difference in ride quality. It definitely makes more sense to push out this service in bigger cities, where cars could be older because there is no system (like the Certificate of Entitlement) to encourage drivers to change to newer models.”

Meanwhile, Grab may have a tough time converting customers on top of drivers to opt for the deluxe service when the economy version is phased out. One Grab rider, 24-year-old Charissa Kow, told reporters: “I usually go for whatever is the cheapest. Most of the time JustGrab is cheaper, so I choose that, so if the GrabCar option is gone I don’t think it will make much of a difference to me. To me a ride is a ride, I don’t really care if it’s a Ferrari or Chery, as long as I get to my destination quick.”

Just cause down the whole grab services, why so complicated?

Grab’s from the same machinery; just wait and see how they’ll pull the same shit as NTUC Comfort.

Take MRT and bus or walk