A dispute between an international school student and her Grab driver led the driver to dump the student mid-trip after he took offense at the student calling his ride a “taxi”.

A video of the exchange, filmed by the student, has been going viral online. According to the unnamed student, the dispute began when she argued with the Grab driver for being late and making her and her friend late for school. In the video, the student can be heard asking the driver where he was and complaining that she had to call him before he arrived.

When the student retorts, “I pay for this service,” the driver tells her, “Go now. Go now. I don’t take your business.”

The student later reported online: “He left us midway even though we’re both students, underage and are going to school. It really wasn’t safe!”

The video has already garnered about 42,000 views since it was posted on social media earlier today.

Interestingly, the vast majority of netizens blamed the student for waking up late and trying to “frame the driver”. Other private-hire drivers and school bus attendant also expressed their support for the Grab driver and said that these students are usually “rude” and have a lot of attitude: 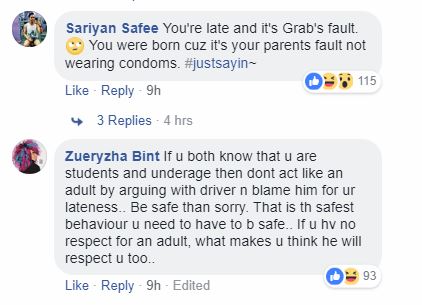 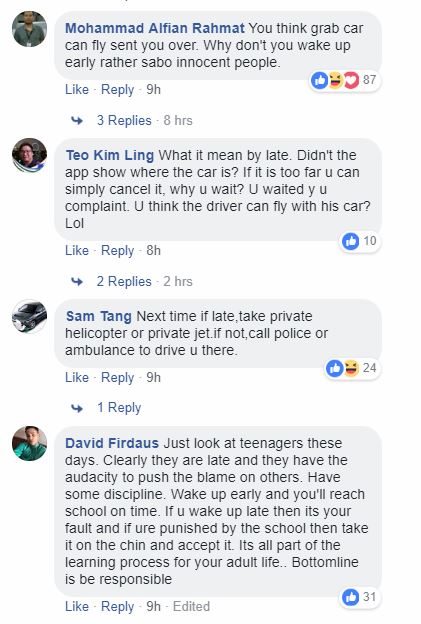 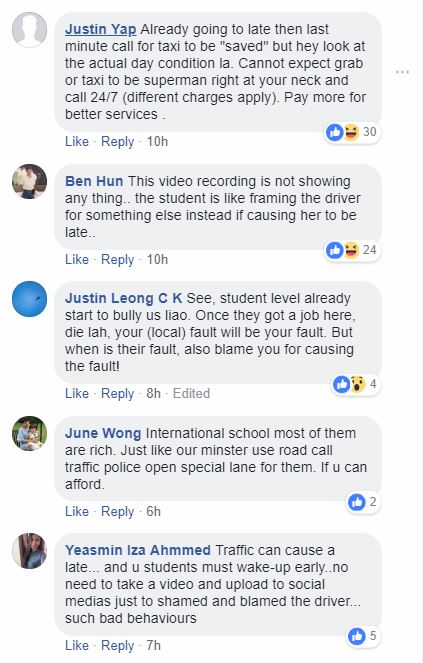 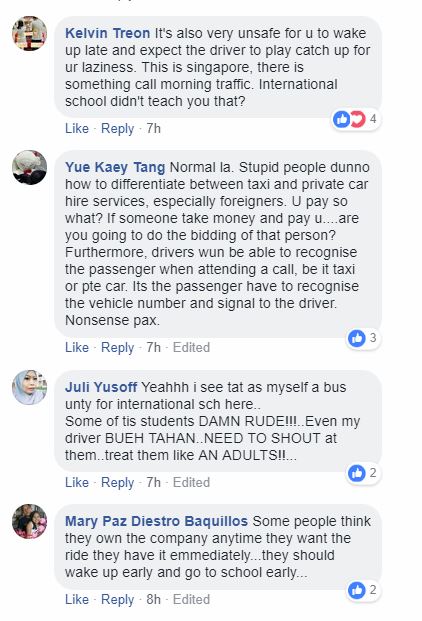 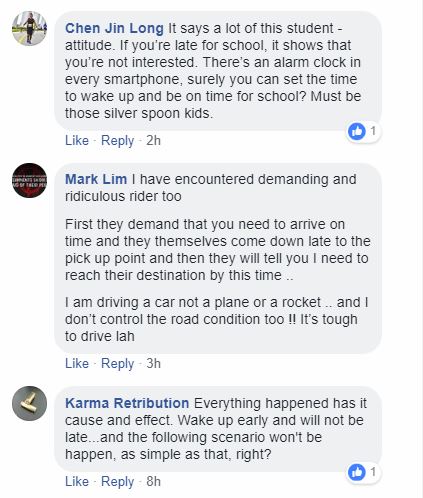