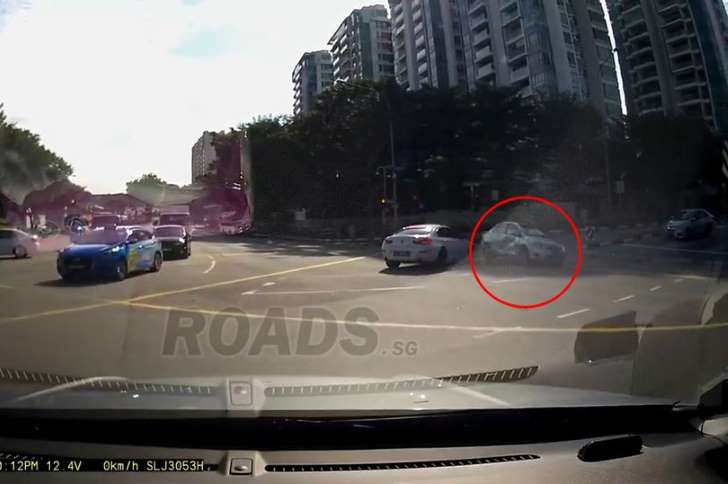 A video of a car seeming to appear out of nowhere and crashing into another car at a busy junction here has been trending online.

In the video, captured by a dashcam of another car close by, a white car can be seen preparing to make a right turn at a traffic junction.

The road appears clear as the white car attempts the manoeuvre when suddenly, a silver car appears in the middle of the road zooming in front of the white vehicle.

The white car can be seen braking but is unable to avoid hitting the side of the other silver vehicle, which veers off upon impact:

"Back to the Future" post with car appearing from nowhere and getting side swiped at junction. Hope 'L' plate driver and instructor are both OK.Watch the slow motion section and see for yourself.Credit: Gerard Derek Na‎

Social media users have been divided, with some claiming that the silver car can clearly be seen while other claim that it was eerie that the car really came out of nowhere.

“Seriously I kept repeating the video, it seems the car appears out of nowhere.”