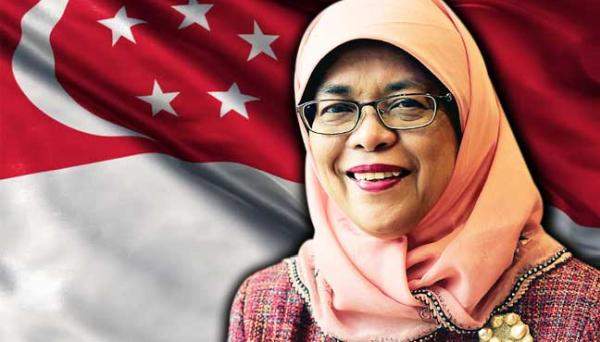 We asked a selection of ladies, all Muslim professionals living in Malaysia or abroad on their views regarding the appointment of Madam Halimah Yacob as Singapore’s President.

The responses were at times hilarious, or seriously funny in the sense that many did not know what to say.

Most of the ladies queried are professionals, journalists, poet, Public Relations officials and lawyers.

The question WFTV asked was ‘What do you think of Halimah Yaqub being elected as Singapore’s first woman president?’.

The majority of them were not sure what they thought about it, while some said they had no real idea since they did not really know what Singapore’s politics were about.

A Journalist hailing from Egypt said, not knowing that Singapore’s president is basically a powerless post said:
“Doesn’t make any difference. .they all change after taking authority, they love the authority more ????.”

But the response was clear: All politicians would abuse their power some day.

A Malaysian lawyer said: She (Halimah) will be like the Agong.
She meant the President is powerless.

“To be honest, I don’t think she can bring much change. It’s a president position, not Prime Minister. She will be like the Agong (King).

“Image-wise ya ok because kiasu Singapore chose a Malay president,” she said, adding that maybe there’s a political reason behind all this.

“I sure hope she watches her back,” said the lawyer.

The Agong is the monarch and head of state of Malaysia. But it is the Prime Minister who has political power.

A Malaysian poet said “Malays there are getting restless. Hence the need to keep them quiet and the need to show Malaysia
Malays can become president.

By that she meant in Malaysia, it would not be possible for someone of a person of a minority race to hold a higher position.

Another comment from Malaysia is that it is great they recognise that an effective leader isn’t determined by gender.

“But I don’t know enough about Halimah’s platform and policies to confidently say she’d be a great leader.

“I also don’t really have the full context of what it’s like for Malay women in Singapore,” she said.

From the Philippines, an activist asked whether as a unionist, Halimah was able to really fight for her co-workers?

“If that is the case, that’s impressive! and if she is President on behalf of the unionist, then that would speak a lot of Singapore.

“That there is indeed change in the way people are thinking. That they would appreciate people from the ranks and that would also mean, they have trust in her,” the Bangsamoro activist said.

But overall, the responses show that despite the Asean most people do not have a real idea what is going on in the neighbouring nations.

To the extent that they are not really aware how Halimah became President or whether it was through her own struggle or by appointment from the PAP government.