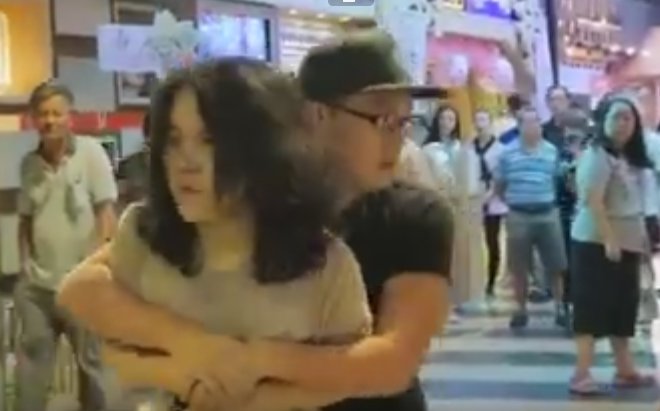 Youtube user Jhan DABOMB who witnessed the recent assault of Amos Yee in Jurong Point and has released his video footage of the incident. He said that when he saw one youth chasing another in Jurong Point, with a girl in tow, it looked to him like a case of molestation. Only when Amos was dragged out of NTUC Fairprice did the Youtube user realise that it was Amos Yee.
The video showed several onlookers at the incident, but no one besides a Caucasian man tried to intervene. A tattooed young woman was also seen fiddling with her phone at the incident. Amos was visibly distressed. Jhan said that someone should have intervened to help Amos. It is unclear why he did not do it himself.
[fvplayer src=”http://youtube.com/watch?v=hOsAji_2-xk”]
The Youtube user acknowledges that Amos is an intelligent person, but that the way he goes about spreading what he believes in may not be acceptable to society. You may view Jhan’s Youtube commentary of the incident here: https://youtu.be/gYiAy5poclQ.
The 17-year-old blogger is facing trial in Court and faces six charges of intending to wound the feelings of Muslims or Christians – via five videos and a photo – and two counts of failing to report to the Jurong Police Division for investigations. He is out on a $5000 bail.Follow us on Social Media