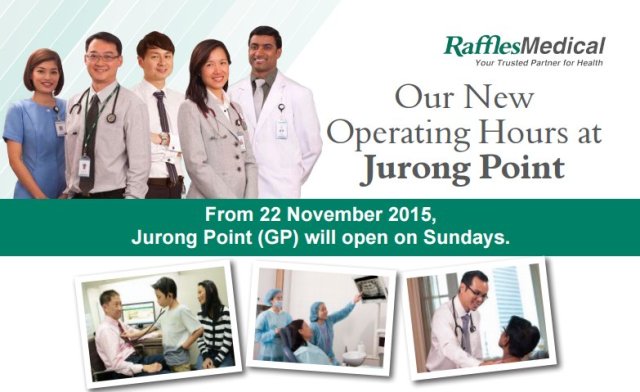 Another complaint is made against a medical doctor who was suspended from practice for nine months in 2014 for selling cough syrup without license in 2011. Dr Khoo Buk Kwong, 55, formerly ran his own medical practice at Choa Chu Kang in a clinic called Healthplus.
After his suspension ended, he re-started his practice at a Raffles Medical Group (RMG) clinic in Jurong Point.
The Singapore Medical Council initiated disciplinary proceedings against the doctor after he was sentenced to two weeks’ jail for causing hurt to a police officer on duty on November 2010. Dr Khoo was sentenced to two weeks’ jail for causing hurt to a police officer on duty.
Dr Khoo expressed his remorse at the hearing and said that he was under tremendous stress due to family and personal circumstances, having been adjudged a bankrupt due to failed investments since Aug 5, 2010.
In a separate proceeding, Dr Khoo was fined a total of $60,000 on March 11, 2011. He pleaded guilty in the State Courts to six charges of selling poisons listed in the Schedule to the Poisons Act (Cap 234), without a licence.
On Mar 25, a patient complained to the RMG on Facebook that Dr Khoo was “extremely rude, unethical and unprofessional” with her when she went to his clinic seeking treatment. she complained that the doctor was watching dramas on two tablets and was not paying attention to her during consultation. He further suggested that her ailment could be a psychological one.
RMG apologised to this patient in Facebook and said that it would escalate the matter to senior management.
Another patient has now charged that the doctor had shouted at her and accused her of malingering just to get medical leave. She also said that he charged her consultation fees without properly treating her.Follow us on Social Media