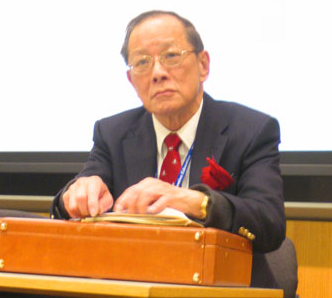 Singapore will be undergoing a periodic review of her human rights records on 27 Jan 2016. Several local Non-Government Organisations and international human rights agencies have raised a number of issues to the United Nations’ Office of the High Commission for Human Rights.
One of the stakeholders who submitted the report to this process is the human rights “watchdog” organisation focused on privacy intrusions by government and businesses, Privacy International (PI).
In it’s Report PI highlighted a number areas of concerns about how various spy tools are used to monitor users’ interactions on various applications such as Facebook, Twitter, Google Mail, and Skype. The State also has access to surveillance programmes with the ability to observe and control an individual’s computer or mobile device, the Report said.
The Report further touched on Edward Snowden’s revelation about the role Temasek Holdings’ owned Singtel’s played in mass surveillance programmes and said:
“In August 2013, documents published by NSA whistleblower Edward Snowden have revealed Singapore as a key “third party” providing direct and secret access to Malaysia’s communication data with the Fives Eyes. Whilst it remains unclear what the role and responsibilities are of ‘third parties” to the NSA, it has been reported that the government of Singapore, through stateowned operator, SingTel facilitated access to fibre optic cables passing through its territory.
“This access was provided through the tapping of some internet cables running through Singapore. Internet monitoring is the act of capturing data as it travels across the internet towards its intended destination. It can take place across any point of the infrastructure, depending on what information is trying to be collected.”
Allegations of Singtel’s role in mass surveillance programmes are not new. In 2001,when opposition arose to the Australian Government’s decision to sell Cable and Wireless Optus to Singtel, the late Francis Seow went public to say that “SingTel is the vehicle which the Singapore government uses to mount surveillance of Singaporeans and others”.
Francis Seow is the former Solicitor-General of Singapore who lived in exile from Singapore after facing lawsuits from Singapore’s first Prime Minister, Mr Lee Kuan Yew.
Mr Seow, a writer, political dissident and former lawyer passed away yesterday and his death was announced by his close friend, Dr Chee Soon Juan.
The Independent Singapore extends its deepest condolences to the family of Mr Francis Seow.Follow us on Social Media