Framing the Concept of Privilege – The Privilege Level 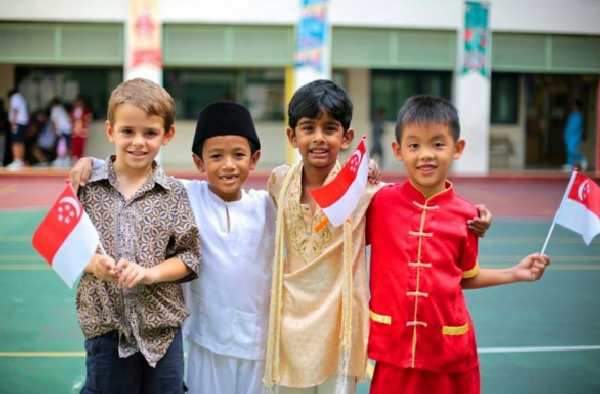 Privilege continues to be a sore point for many – even among those who do not dispute that groups of people enjoy unearned advantages purely due to the circumstances of their birth. We now understand that Privilege can come in many forms and is contextually situated across several generations, but we seem to be at an intellectual place where debate revolves around “who’s privilege is more pronounced”. For instance, a white woman and a black man suffer discrimination on a daily basis in America, but generally, many would argue that the black man has it worse. But if the black man was an affluent Wall Street banker while the white woman was a struggling (low-paid) clerk among Wall Street bankers, then a different case can be made as to who is suffering more discrimination.

At the end of the day, we want to define Privilege in definitive terms that can be generalised, but the very nature of Privilege is that it cannot be exact – otherwise we would have been able to counter it by now. What we can do though, is to find a better way to describe the intensity of Privilege as it exists in today’s world. Perhaps, then, we can spend less time arguing over who has it worse and focus more on how to check Privilege as it exists in that time and place.

I think we need to start with levels – Level as in “extent or depth” rather than “hierarchy” per se.

A Level 1 Privilege might be where an individual has had to worry about no consequences whatsoever from the moment of conception. We could characterise this as the stereotypical popular culture reference of a white male born into wealth, who has financial investments from two generations ago to last him till two generations after (i.e. more money than available time to spend it).

A Level 2 Privilege might be where an individual doesn’t necessarily enjoy a life entirely devoid of worry or consequences but has little reason to worry. There is always the chance that the Privilege they enjoy might be taken away but it is only a remote possibility at best. This level of privilege could include those who have worked their way out of the discrimination either by chance (e.g. won the lottery) or by extraordinary effort (e.g. migrating to a country where the Privilege is in their favour).

A Level 3 Privilege might be where an individual encounters clear disadvantages or discrimination in some parts of their life while being largely unaffected or unworried in other parts. Depending on their life’s developments, the discrimination they face can lessen or worsen, or they can find themselves being exposed to new types of discrimination that they had not expected to experience (i.e. one of the unconscious Privileges they enjoyed has been taken away).

A Level 4 Privilege might be where an individual is born into discrimination and it would take extraordinary circumstances – most of it, beyond any personal effort alone could ever achieve – to prevent the lack of Privilege from subjugating the person. Essentially, this level denotes someone with practically no benefit of Privilege whatsoever in any part of their life.

These levels can account for the different variations (e.g. poor white woman versus rich black man) that exist in reality. For example, while we can point to an elite banker who is a white male and identify to a strong degree of accuracy that he is enjoying Level 1 Privilege, it becomes less clear when we are discussing a rich black man or a poor white woman. Either or both could be at Level 2 or Level 3 Privilege depending on the particular context.

What an understanding of these levels can help us achieve is to stop arguing about whose Privilege is more pronounced and focus on the impact of that Privilege. Many of us would fall into Level 2 or Level 3 or might be moving in and out of both. However, in most cases, the debate is polarised as though a person with Level 4 Privilege is facing off against one with Level 1 Privilege.

It is clear that a Level 2 vs Level 3 Privilege debate would be less about absolutes and more about issues as compared to a Level 1 vs Level 4 debate. A good case would be how the Privilege discussion exists in Singapore. The minorities here are nowhere near what can be described as Level 4 Privilege, but clearly exist at Level 3 with many at Level 2. Likewise, the majority race are largely at Level 2 with a considerable number at Level 3. Looking at how Singapore has come to be over the last two centuries, very few can claim to be at Level 1 Privilege – perhaps some from the ruling elite and those from well-established businesses that are family-owned for generations.

What we need to do in order to meaningfully discuss Privilege in all its forms is to recognise that this dynamic is fluid in nature. These Privilege Levels perhaps help us to make this distinction. Hopefully, we can move away from the minority group having to portray themselves as Level 4 Privilege in order to get their point across and speaking to the majority group in terms of absolutes that paint the latter at Level 1 Privilege. Likewise, this framework of Privilege may help the majority group who are merely at Level 2 Privilege, to see how difficult it might be to fall into Level 3 Privilege.

I propose these Privilege Levels as just the start point and may not yet explain the full dynamics of how Privilege exists in societies at the micro and macro level. It might even need to be expanded on to offer a better reflection of reality. But, I am confident that this will take us in the right direction.