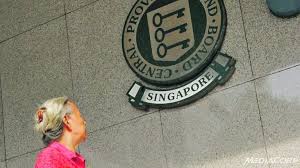 A forum letter writer has called on the Central Provident Fund (CPF) Board to entice non-salaried Singaporeans to contribute to their CPF accounts.

According to the CPF Board website, Singapore Citizens and Singapore Permanent Residents who are working in Singapore under a Contract of Service and employed under a permanent, part-time or casual basis need to make CPF contributions.

In a forum letter published by the national broadsheet today, Chiam Sheng Shi wrote that the CPF Board should encourage Singaporeans who take on non-salary based engagements as their primary source of income to make CPF contributions.

The main reason the writer feels CPF Board should do is is so that non-salaried Singaporeans will be self-sufficient when they are older and can commit to their own retirement and healthcare needs through their own CPF savings.

Noting that non-salaried Singaporeans tend to “be more entrepreneurial and will evaluate the trade-offs of locking in their money for retirement and having it available for their own business plans,” Chiam said that CPF is still attractive to this group of people since it is non-taxable and is protected from creditors in the case of bankruptcy.

Noting that the majority of non-salaried Singaporeans will find these perks not attractive enough since they probably do not take huge risks or pay high income taxes, Chiam called on the CPF Board to “offer a chance of a higher return, or have greater flexibility in usage for it to be deemed as a better store of wealth.”

Noting that the CPF Advisory Panel recommended in August 2016 that Singaporeans should be given a low-cost, fuss-free, passively managed investment option, Chiam said that this is the right direction for the CPF Board to make and that the authority should have quickly implemented this recommendation.

The writer added that CPF Board could also work with the Inland Revenue Authority of Singapore “to help non-salaried Singaporeans quantify the benefits of CPF contributions and participation in CPF Life” and called on the authorities to ensure that CPF is relevant to all Singaporeans and that no one is left behind.