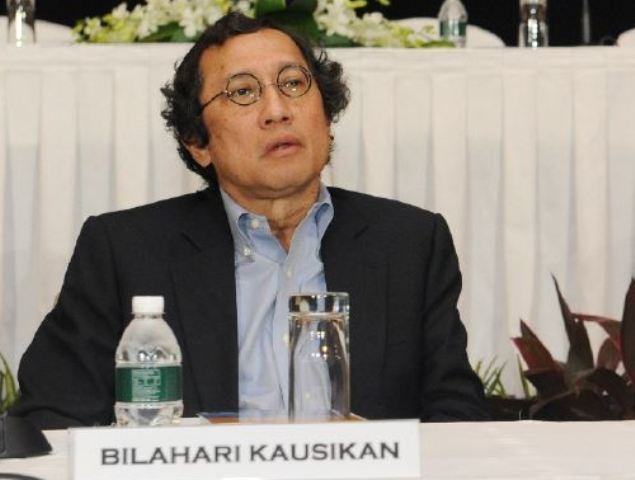 Former ambassador Bilahari Kausikan has waded into the debate over whether 17-year old footballer Ben Davis’ situation warrants a deferment from National Service.

Ben’s predicament has been in the news this past week or so, when news that his application for a NS deferment in order to fulfill his contractual obligations with English premiership side Fulham first surfaced.

Mindef had rejected his application on the grounds that his situation did not merit deferment. This has left Ben in a situation where he has to decide if he should take up the Fulham offer anyway, and go AWOL from NS in December (and hence become a fugitive from Singapore), or forego his stint with Fulham and complete his NS first.

Mr Kausikan, a former ambassador who served in the Ministry of Foreign Affairs from 2013 to 2015 as ambassador-at-large, said the 17-year old Ben’s situation was “no different in principle from say, an opportunity to study or work overseas which many other male Singaporeans have had to defer to serve NS before taking up.”

He added: “How is this different in principle? It is not as if deferment is to enable him to serve the country in a different capacity. If he is allowed to defer NS, what grounds can others in the same non-football situation, be denied deferment?”

In response to the ambassador’s argument, Facebook user Tan Kuan Hian said Mr Bilahari was “relying on a very narrow definition of service and contribution here, and being disingenuous when dismissing football because it merely arouses strong passions.”

Tan explained that the “actual core of the question… is whether Ben Davis has the potential to contribute as much to national pride as Schooling and [Quah Zhen Wen] did when they first received their deferments.”

“And this is subjective – is it obvious that Davis will play in the Premier League? No,” Tan said. “Was it obvious that Schooling would win an Olympic gold when he got his first deferment in 2013? Also no.

“On some objective level, it’s also obvious that winning an Olympic gold in swimming is a much bigger achievement than playing in the Premier League. But then again, Singaporeans (and the world) care a lot more about football than about swimming, and watch a lot more of the EPL than the FINA Swimming World Cup series. I think many Singaporeans would be as excited to watch Davis play in the EPL as they were to see Schooling in the Olympic final…”

But what do we tell the next person who comes with a non-football opportunity?

“Well, we look at the opportunity and decide, all things considered, whether pursuing it would be in the national interest,” Tan said. “And this is a difficult and fraught process with a lot of subjectivity that will sometimes have no right answer (would a world champion in chess promote national pride? Would a chess player benefit greatly from deferment? Who knows). But the fact that finding right answers will be difficult is not a good reason to instead consistently find wrong ones by insisting on a criteria of “potential Olympic medal or bust”, as if that criteria is not itself the product of a subjective decision-making process that places individual achievement at the Olympics at the pinnacle of what Singaporeans should take pride in for their sporting (or non-sporting) heroes.”

Read Tan’s full response to the former ambassador on his Facebook page here: