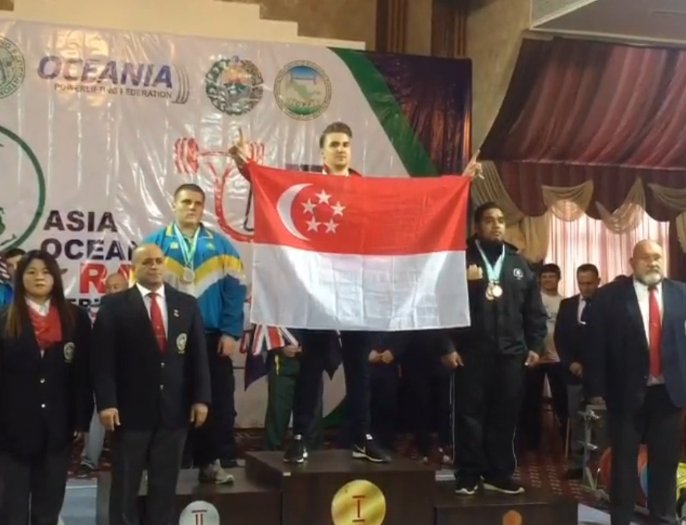 The eighteen-year-old contesting the under-120 kg category set both the sub-junior Asian and world record when he lifted 303.5 kg on his second attempt and bested himself moments later with a whopping 305 kg lift on his third try.

A competitor need not be a citizen of Singapore to represent Powerlifting Singapore. All the competitor has to do is prove his residency here and be involved and committed to the sport.

Asked why he held up the Singapore flag while on the podium, Nobel reportedly said, “I have lived here since I was 10, grown up here and Singapore is what I consider my home. It was such an honor and a fantastic opportunity to represent Powerlifting Singapore and both winning my division and breaking the World Record twice was topped off when I heard the National Anthem being played in Uzbekistan.”

After clocking a 240 kg squat and 145.5 kg bench on top of his 305 kg deadlift feat, the 2.03 m tall ex-rugby player who started serious powerlifting only about a year ago, also won two gold medals (overall and deadlift) and two silver medals (squat and bench press) at the meet.