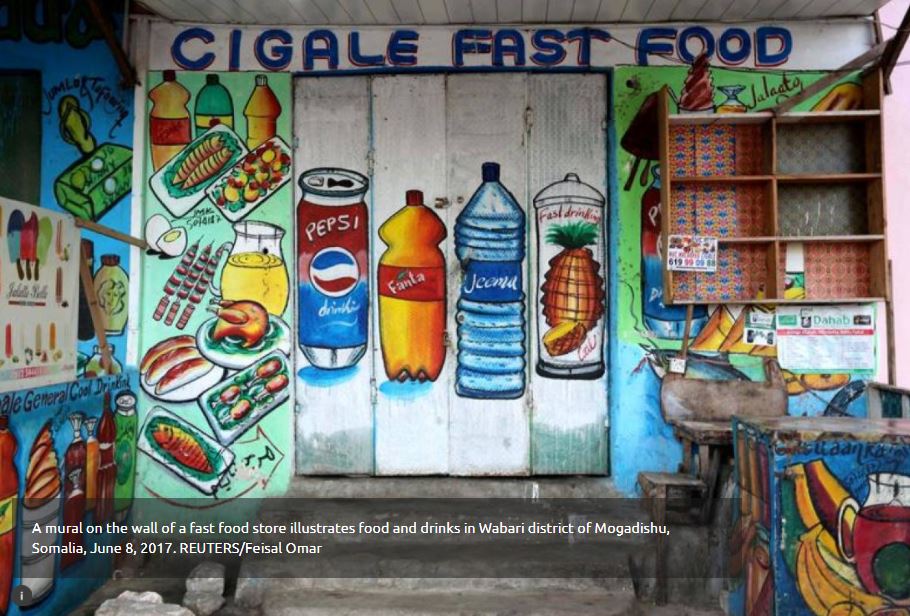 A quarter of the world’s 41 million overweight children under five live in Africa, a figure that has nearly doubled on the continent in the last two decades, according to the Global Nutrition Report published on Saturday.

There are still six times more children on the continent whose growth is stunted from malnutrition, and that number is also increasing, the report said.

But noncommunicable diseases such as diabetes and heart disease, most of which are obesity-related, are expected to become the biggest killer in Africa by 2030, according to the World Health Organisation (WHO).

“Diets are changing, but they are not becoming more nutritious,” said Corinna Hawkes, co-chair of the Global Nutrition Report.

“We’re worried that because attention hasn’t been paid to this issue, obesity has had the space to grow,” she told the Thomson Reuters Foundation.

More than 30 percent of adults in Africa are overweight, according to WHO, with obesity rates nearing 10 percent even in very poor countries such as Sierra Leone and Liberia.

In some places people are both overweight and malnourished, experts said. Sometimes a mother is obese but her children are stunted, said Hawkes.

Highly processed foods have become increasingly affordable and available worldwide, which is one of the primary drivers, said Bruce Lee, executive director of the Global Obesity Prevention Center at Johns Hopkins University.

Moreover, in Africa people are often unaware that these foods are unhealthy and do not necessarily see being overweight as a problem, he said.

“If you have a country where the concern was always not getting enough food, it’s going to take a while to shift people’s perceptions,” Lee told the Thomson Reuters Foundation.

West Africa’s regional health organisation (WAHO) makes no mention of weight gain or obesity in all 60 pages of its 2016-2020 strategic plan, although it notes “alarming” rates of diabetes and growing prevalence of high blood pressure.

School meal programmes in West Africa, for example, are usually focused on making sure children get enough food but sometimes have no standards for quality, she said.

Obesity-related conditions are usually expensive to treat and will take a heavy toll on developing countries’ economies, experts say.

“If we invest in nutrition, we’ll be helping to achieve other development goals,” said Hawkes. “This is not a side issue.”