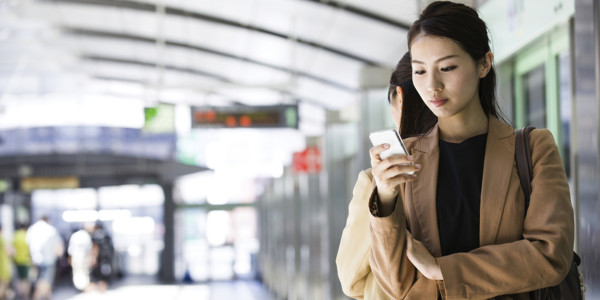 Over half of Singapore employers (51 per cent) used temporary staffing in the last year, according to the 2017 Hays Asia Salary Guide. This is a slight drop on the previous year when 54 per cent of employers across Singapore engaged in flexible staffing arrangements.

The annual Hays Salary Guide is based on candidate and employer research including a survey of more than 3,000 employers across China, Hong Kong, Japan, Malaysia and Singapore representing over six million employees. The Guide, now in its tenth year, also provides the salary ranges for more than 1,200 roles.

The 2017 Guide reveals that of the employers in Singapore making use of flexible arrangements, 65 per cent engaged contractors or temporary staff through a recruitment firm and 37 per cent employed part time staff. A further 26 per cent of employers hired casual employees on their own pay roll in the past year while 14 per cent made use of job sharing arrangements and 12 per cent used some other form of temporary staffing.

Across all countries, 21 per cent of the employers surveyed expect to increase their use of temporary and or contract staffing while 65 per cent expect their level of engagement to remain the same as last year.

Approximately 21 per cent of Singapore’s employers use temporary staff on an on going basis while 42 per cent bring in temporary and contract staff just to work on special projects. A further 30 per cent report only using temporary or contract staff in “exceptional circumstances” and only seven per cent have never utilised flexible staffing arrangements.

“This year promises to be fast moving and characterised by expected and unexpected change making it more important than ever for employers to be able to tap into the contingent workforce when needed,” says Lynne Roeder, Managing Director of Hays Singapore.

“It’s significant that 19 per cent of employers expect to increase their use of temporary staff and contractors this year and a further 67 per cent plan on maintaining their current level of flexible staffing.”

The most commonly offered flexible work options in Singapore are:

• Flexible working hours/compressed working weeks (offered by 64 per cent of the employers surveyed)
• Flex-place, such as working from home or alternative location (offered by 56 per cent)
• Part-time employment (41 per cent)
• Career breaks/sabbatical (19 per cent)
• Increased maternity/paternity leave (17 per cent)
• Flexible leave options, such as purchased leave (13 per cent)
• Job sharing (10 per cent)
• Phased retirement (two per cent)

“Singapore has a sophisticated workforce and many candidates now value a range of working conditions that improve the quality of their lives as much as they do salary and benefits. In fact, of the candidates expecting to stay with their current employer this year, the majority (47 per cent) nominated ‘work-life balance’ as the reason for their decision ahead of salary or benefits (nominated by 34 per cent of respondents),” says Lynne.

—
Get your copy of the 2017 Hays Asia Salary Guide by visiting www.hays.com.sg/salary-guide or by contacting your local Hays office.

—
About Hays
Hays plc (the “Group”) is a leading global professional recruiting group. The Group is the expert at recruiting qualified, professional and skilled people worldwide, being the market leader in the UK and Asia Pacific and one of the market leaders in Continental Europe and Latin America. The Group operates across the private and public sectors, dealing in permanent positions, contract roles and temporary assignments. As at 30 June 2016 the Group employed 9,214 staff operating from 252 offices in 33 countries across 20 specialisms. For the year ended 30 June 2016: