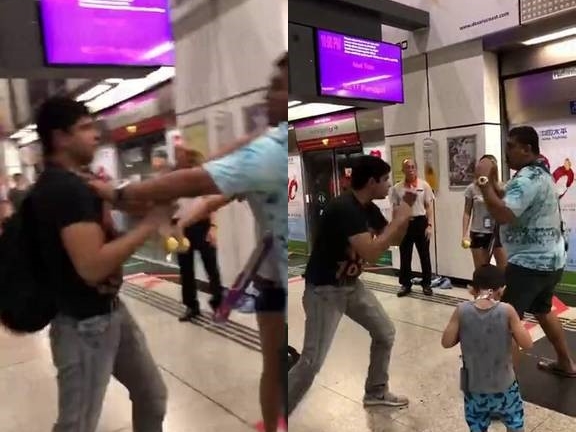 A showdown between two men at Dhoby Ghaut MRT station left one commuter bloody. Although it is unclear exactly when the incident occurred, a video capturing the fistfight has been going viral on Whatsapp and on social media:

Posted by FAS – Failing At Soccer on Sunday, 2 September 2018

While onlookers keep their distance from the duelling pair, a woman and a couple SBS Transit employees can be seen trying to stop the fight. The woman points at the man in black and says, “He’s wrong! He’s wrong!”

The man in black then calls his opponent a “c***i dog” and tells a passer-by who tries to calm him down, “Look at what he did to my face” before throwing another punch at the other man. The man in black proceeds to tell station staff to call the police and the staff say that they already have done so.