Fight breaks out in broad daylight at Upper Cross Road 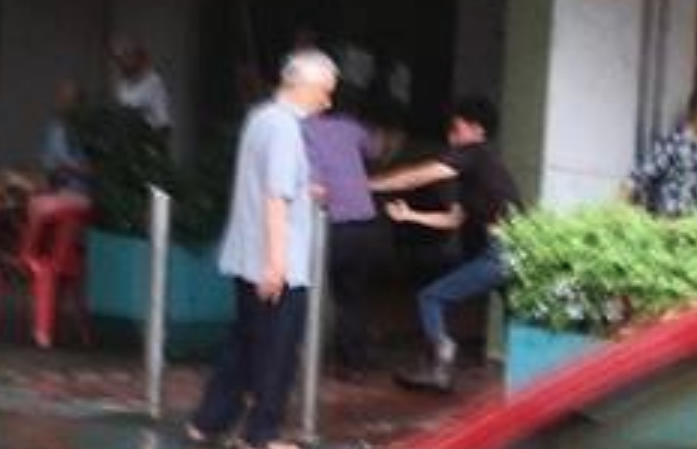 Netizens have reported that a fight broke out between a pair of men in broad daylight at Block 531 Upper Cross Street around 2.45pm this past Monday. An eyewitness who captured pictures of the scuffle saw one man lunging at his opponent.

Submitting the pictures to a citizen journalism portal, the eyewitness reported that he believes the fight was triggered when one man pushing a trolley of canned drinks accidentally bumped into the other guy:

“They were fighting in broad daylight. I didn’t manage to take a video. From what I understand, one of the men was pushing a trolley full of canned drinks and accidentally hit someone and then suddenly, there was a fight.”

The police have since confirmed that they were called to the scene but revealed that both men had already left the area by the time officers arrived.Follow us on Social Media