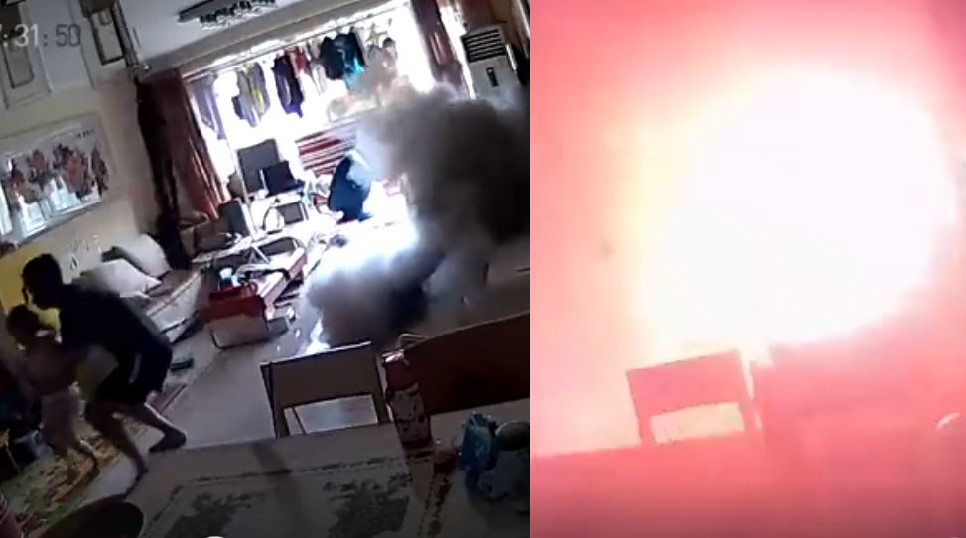 A video of a father and daughter fleeing their home as a charging e-scooter combusts and engulfs their home in flames is going viral here. The video has garnered over 40,000 views since it was shared online yesterday.

In the video, which was captured on Sunday evening, a man and a child appear to be relaxing in their living room when the e-scooter emits a spark and smoke billows from the mobility device. The man quickly approaches the e-scooter and shuts off the power supply but the e-scooter begins to emit thicker smoke.

The man quickly grabs his daughter and flees the home with this small dog in tow as the device bursts into flames and explodes into the living room with a roar:

Dangerous to have a e-scooter at home isn’t it ????

Although the incident captured in the viral video occurred in China, many Singaporeans are sharing the video with fervour since similar incidents have occurred here.

Earlier this year, the Singapore Civil Defence Force (SCDF) reported that the number of fires involving e-scooters in 2017 compared to 2016 shot up by nearly 350 per cent, from 9 incidents in 2016 to 40 in just a year.

In one such case, three people were forced to flee their Choa Chu Kang flat last year after the battery charger of an e-scooter inside caught on fire.

SCDF officers who responded to the fire had to forcibly enter the apartment and put out the fire which was started by a portable battery charger attached to the e-scooter. No one was injured.

More recently, in February, the SCDF urged e-scooter owners to avoid leaving them devices charging unattended or overnight.Follow us on Social Media