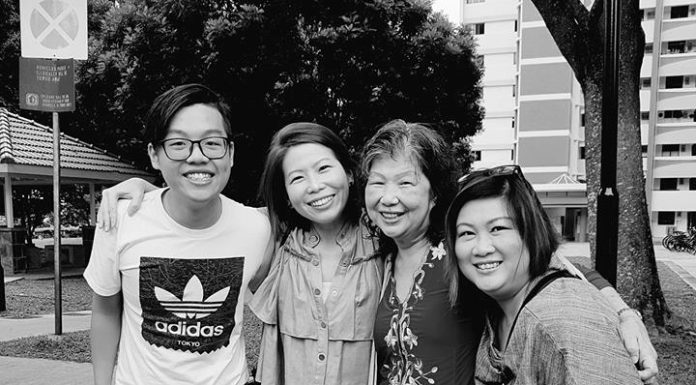 Family members of 19-year-old Dave Lee are demanding that the authorities give the public a full explanation of what happened to Lee, who died from heatstroke while serving National Service.

This, after a letter by an anonymous soldier detailing what allegedly happened that night began circulating online. The author of the viral letter claims that Lee was “forced” to complete the fast march even though he showed clear signs of severe heat exhaustion.

Sharing the anonymous letter, Lee’s aunt Cecilia Yeoh appealed: “We are saddened by the passing of my nephew, Dave Lee. You may have seen the below post circulating in Facebook and while the truth can’t bring my nephew back, he deserves the truth to be told. I am sharing this in pain but we demand full explanation from SAF to the public, who trustingly sent their children to serve the nation. I hope you share our pain and support that SAF must release full investigation and identity of all culprits to the public. Thanks.”

I am a soldier from 1 guards. One of our fellow soldier is currently in critical condition heat stroke (possibly brain dead) due to the reckless behavior of my fellow commanders. I want to bring this to light so that the commanders involved are duly punished and nothing gets hidden as part of the investigation.

Dave is still in critical condition in the hospital, and it has almost been one week since the incident. But there has been rumours that his condition has worsening .

The night before a 8km fast march (an activity considered high key) our entire recce platoon was turned out after lights out by our sergants, forcing us to bear crawl to the SOC grounds at bedok camp, doing thier usual tekan of making us roll in the sand and have water poured on us, to satisfy their own sadistic pleasure. Asa result we did not have the adequate 7 hours of rest mandated by the traning safety regulation required for our fast march the next day.

During the fast march, Dave struggled to complete his fast march and was dragged by senior commanders, forcing him to finish the fast march even though he was showing signs of extreme physical exhaution.

Dave collapsed after collecting his timing chip at our company line. We saw Dave breathing frantically, going through delirium, with his tounge out and only the white in his eyes visible. he was not articulate.

It was obvious that even to an untrained soldier, especially commanders who went to OCS / SCS, that dave was going through Heat Exhaution or even heat stroke. yet they still acted as though there as nothing severe or that he could even be acting “keng”

the commanders did not follow the proper protocol for a soldier in heat exhaution. His cloths were not removed, no ice pack were place at the vital heat dissapation points in his body and the medic was even blur not knowing what to do. The safety officer was nowhere to be found during this whole time and the commnders left his body under the hot sun instead of bringing it to a shaded area. it took them almost 30minutes to an hour before they even stretched him away to the medical center before he was even transported to a hospital using the Military ambulance.

**Lack of seriousness towards the incident**

To add insult to injury, the sergeants were just surrounding him, talking cock and laughing and cracking jokes around him, obviously thinking the soldier is trying to keng. I hope sgt Justin, ren zong, nich, ren jie and jonas is punished for this. I really hope the army safety throughly investigates this incident and punishes the people involved. Its no point doing lip service to “safety” by adding it as a core value when safety is not given heed.

if anything happens to him, i believe its the fault of the commanders who did not know eve how to administer the proper procedure for Heat Stroke, wasting vital time before his temperature reached 42deg. As well as commanders who dont understand the seriousness of the uninteruppted rest that is required as per training safety regulation, especially for high key activities.