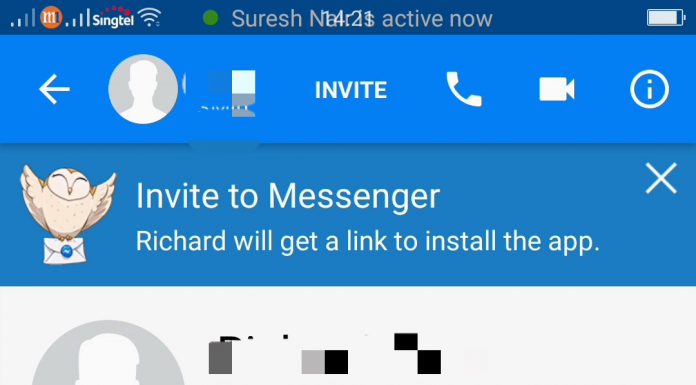 Facebook users have been alerted about a malware scam in which you receive Messenger messages from your friends with a link to a ‘YouTube video’.

The message sent via Facebook Messenger contains a bit.ly or t.cn link and the recipient’s first name plus the word “video”, according to Kaspersky Lab.

Once you click on the link you’re directed to a Google Doc page with what looks like a playable movie.

But when you try to click on the video, the malware directs a Facebook user to a series of websites and tracks sensitive information about the computer.

The page that appears after clicking on the link in Messenger message varies depending on the browser, location and operating system.

One page that appeared while using Google Chrome was a fake YouTube channel page with the YouTube logo.

Once on the page a fake error message tries to trick the user to download a malicious Google Chrome extension.

Jacoby had been sent the malware scam in a Facebook Messenger message by someone on his Friends list that he rarely interacts with.

In a blog post, he said: “One good thing about having a lot of Facebook friends is that you simply act as a honey pot when your friends click on malicious things.

“A few days ago I got a message on Facebook from a person I very rarely speak to, and I knew that something fishy was going on.

“After just a few minutes analysing the message, I understood that I was just peeking at the top of this iceberg.

“The code is advanced and obfuscated.”Follow us on Social Media