Expat leaving to USA: Lack of ‘interestingness’ makes it hard to love Singapore 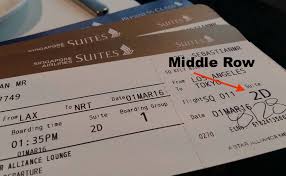 A Reddit user, jjhaha, who has lived in Singapore for five years and is leaving to the USA soon said that there are certain things that he will miss about the island, but that it is difficult to love the country. He listed 3 reasons which make it difficult for foreigners to call Singapore “home” and use it more like a “transit point to somewhere else”.

He said the lack of homegrown inspiration in the local arts, bands, films scene is one big reason why Singapore lacks ‘interestingness’. Another reason he said was because Singaporeans don’t open up to foreigners. He also faulted Singaporeans ‘kiasu’ attitude as another reason why he will bid adieus to the island-state for good.

—
It’s been an interesting 5 years where I’ve learned a lot so I wanted to share my experience with everyone. I don’t want this to be a critique but an assessment of my thoughts as I prepare to leave. I’m leaving because of family reasons. I want to be closer to my family and ready to start my own.

A bit of background:

What I won’t miss:

I think for most of us foreigners, we generally like it here but its hard to really love. I think its the last 3 points that discourages from really calling Singapore “home” and more like a transit point to somewhere else. Just a place to see and experience but can’t be there for long because something is missing.

Thanks Singapore, its been fun, we’ve had a lot of good memories.. but its time to bid adieu!Follow us on Social Media